Eagles Flyers Phillies Sixers About Us Write For Us
Section 247 Show: NFL Draft Wrap Up Special
Three Overlooked Defenders Already On Eagles Roster That Could Have Major Impact In 2020

MLB is Reportedly Working Toward Proposal to Play Ball 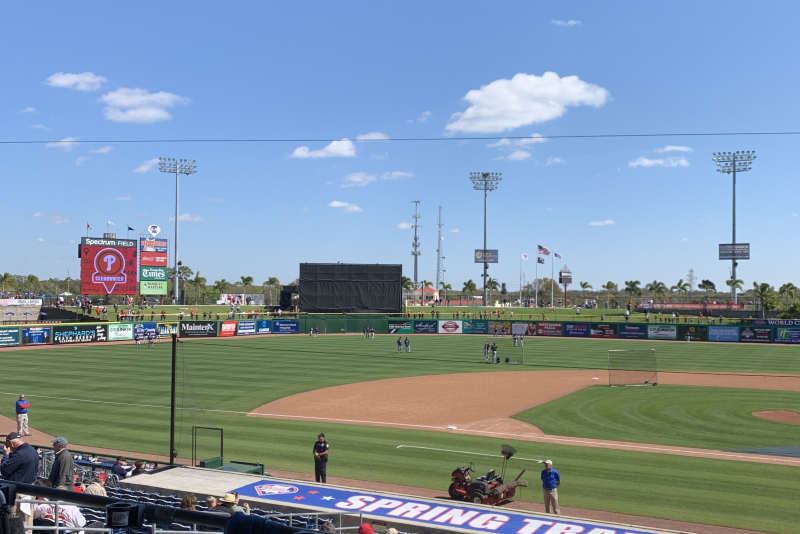 Yesterday, former Phillies utility player Trevor Plouffe took to Twitter to break his first news: Spring Training 2.0 would begin on June 10 and the baseball season would begin on July 1.   The news seemed to be corroborated by Ken Rosenthal of The Athletic, who reported that there is no deal close, but at least one team has talked about starting July 1.  Plouffe said in response that players from six teams have texted him about this.

So what's the latest?

Joel Sherman of the New York Post reported that MLB was "ramping up" their efforts to start the season:

By the beginning of next week at the latest — perhaps even before this week is concluded — MLB is planning to present to the Players Association a proposal that will include what is currently the most optimistic hope: What would a season look like if spring training 2.0 began in June and the regular season in July?

This seems to indicate Plouffe was onto something.  But Sherman was not the only one to report on some potential plans.

Passan of ESPN reported on Wednesday evening that teams are asking their players to be ready for such a scenario:

General managers and managers from at least a dozen teams have reached out to players and suggested they ramp up baseball activities, those familiar with the conversations -- including executives, players and agents -- told ESPN. Some teams have suggested players prepare for a spring training that would begin as early as June 10 and a season that would begin July 1, dates first suggested publicly by former player Trevor Plouffe.

So what is the holdup?

The Major League Baseball Players Association would have to agree to any proposal.  There was some disconnect about player salaries in recent weeks.  The MLBPA seemed to agree that being paid on a pro-rated basis.  However, should baseball be played without fans in attendance revenues will be significantly less for teams, and the MLBPA may have to agree on a new compensation structure in order to play.

Some teams have suggested playing without fans would cost them money and therefore they cannot pay a pro-rated salary.

But it is not about money for some.  Passan notes that players want to feel secure playing, without great risk of contracting COVID-19. And, remember, Mike Trout worried about what a quarantined existence would mean for his family, expecting a child in August.   There is much to work out.

So while nothing is decided officially, it looks like Major League Baseball is moving ahead, hoping to flip the switch soon as they can.  It may be dependent upon testing