Eagles Flyers Phillies Sixers Union About Us Write For Us
Honoring 'Enforcers' On and Off the Ice
Fantasy offseason: Swapping Al Horford for a verteran guard 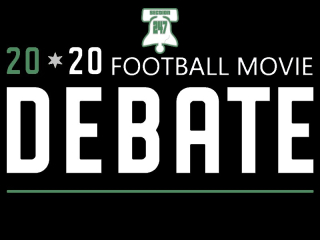 The Doc, Watkins, and the live audience debated the best and most overrated football movies in Part Uno of The Great Football Movie Debate.  Plus which TEAM's should have a movie made about them?

Part Deux airs LIVE on Tuesday night at 9:05 PM/EDT on Facebook, Twitter, and YouTube.  Join the guys as they debate their top 5 fictional players, fictional teams, and fictional coaches!

Can't watch live?!  Click on the PodOmatic link below and "follow" the show to be notified when audio drops!