Jon Heyman of MLB Network reports that a deal between MLB and the MLBPA is imminent:

Breaking: MLB and players union are closing in on an agreement to play the 2020 season, via players. Deal expected to be for prorated pay and include expanded playoffs.


The players appear to have gotten their wish, if this is accurate.

The MLBPA had been holding fast to a hard line: they would not play for anything less than prorated play for number of games played.  MLB held that without fans in the stands, there was not sufficient revenue to pay players accordingly.  This was after a March 26 deal outlined pro-rated pay based on games played, but included enough vague language that the two could not agree.

While many published sources indicate that a deal could be "close", the MLBPA is quick to point out that there is no deal in place.   What could be the case is that there are still some items to negotiate, or that the union needed to vote on a proposal.

Either way, this is quite the turn of events from two days ago. 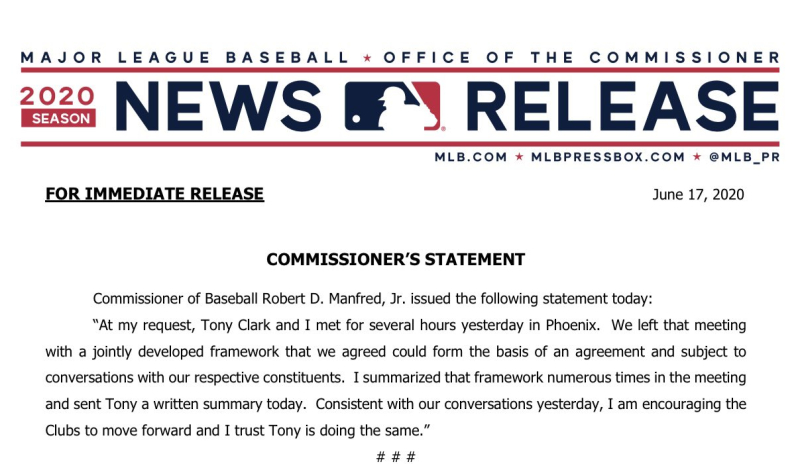