Eagles Flyers Phillies Sixers About Us Write For Us
Ready to Play, Provorov Emerging as Leader, ‘Stud’ for Flyers
Phillies and Blue Jays Reportedly Will Not Play this Weekend 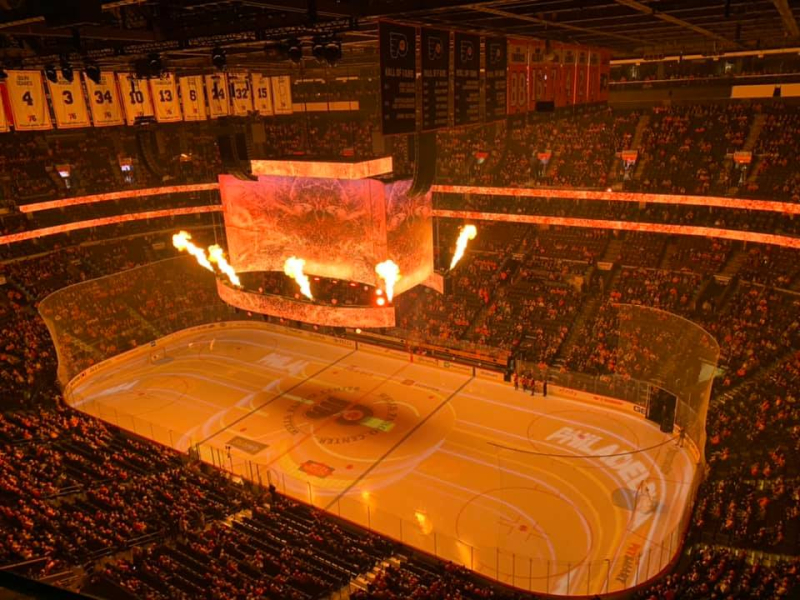 There was some sense of normalcy when the Flyers took the ice on Tuesday against the Penguins. Through the last week or so, live sports have been making their return again. Leagues such as the NHL are doing this under the safest of conditions that you can find in today’s world, and even that is not completely fool-proof.

That said, there was a hockey game on Tuesday. The Flyers came away with the win and even though the game didn’t count for anything in seeding or standing or playoff series tallies, there was sure to be some cheering and celebration happening in living rooms across the Philadelphia region.

That is obviously the biggest difference when it comes to these playoffs. The Flyers are one of 24 teams in two cities in Canada on the quest for the Stanley Cup. They will not be playing at Wells Fargo Center now or anytime soon, and there are not going to be any fans present.

On the surface, it wasn’t very noticeable -- a game without fans. The NHL set the stage by covering the empty seats with branding materials and visual screens that will see more extensive use once the Round Robin and qualifying rounds begin on Saturday. The sounds of the game were crisp. Teams goal horns and songs and crowd noise were pumped into the arena, but it wasn’t overpowering and allowed the game to tell the story. Sure, there were a few new camera angles we aren’t used to seeing -- usually due to fan’s sight lines at a live game -- but otherwise, it felt normal with the one exception of not being there to root for your team.

The Flyers are trying to change that, however. On Thursday, just a few days ahead of their first Round Robin game against Boston, the Flyers announced an initiative that will bring the home ice experience to fans in their living rooms.

Flyers Home Ice will be a second-screen experience that will allow fans to feel like they are back in the Wells Fargo Center. Starting 20 minutes before every Flyers Round Robin and playoff game, fans can visit www.philadelphiaflyers.com/playoffs and get the same in-arena content they have come to know at Wells Fargo Center for many seasons.

This feature will run as a companion to the game broadcasts on NBC and NBC Sports Philadelphia. The program, designed by the Flyers marketing team, includes many elements of the arena experience. During the pre-game, you will hear two very familiar voices in Flyers history. Lauren Hart will perform the anthems and Lou Nolan will announce the starting lineups and the "PECO Power Play" as he does at every home game. There will also be some new elements created specifically for the 2020 Stanley Cup Playoffs.

During the game, this second-screen experience will operate as your own personal Wells Fargo Center scoreboard with similar updates to those that you see on the scoreboard in the arena. During play, live stat updates will be displayed. During stoppages and media timeouts, you will get your typical virtual games as hosted by in-arena host Andrea Helfrich, live polls, surprise special guest appearances and the usual antics from Gritty.

“Flyers Home Ice will allow fans to truly immerse themselves in the game and will serve as a companion to the world-class broadcast delivered by NBC Sports Philadelphia and NBC Sports,” Mike Shane, Chief Business Officer for the Flyers and Wells Fargo Center, said. “The platform will work in seamless concert with the television broadcast.”

“Flyers Home Ice is a perfect embodiment of the Flyers’ playoff mantra -- Anytime. Anywhere. This slogan captures the attitude the team will bring with them to Canada. With Flyers Home Ice, the marketing team came up with a way to deliver on that same promise for our fans,” Valerie Camillo, President of Business Operations for the Flyers and Wells Fargo Center said.

The Flyers Home Ice feature can be accessed for free for each game of the Flyers playoff run.