Eagles Flyers Phillies Sixers About Us Write For Us
Eagles Players Sound Off On Lack Of Pandemic Plan
I MISS THE VET AND YOU SHOULD, TOO 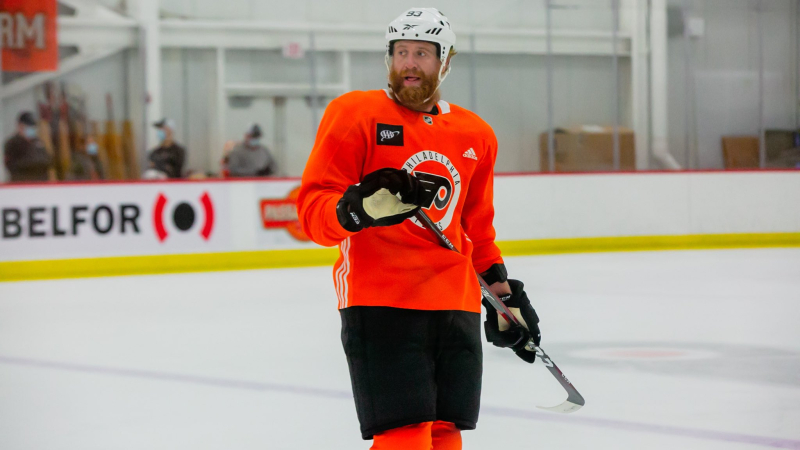 The big question at Saturday’s scrimmage was on the absence of Jake Voracek. Immediately, speculation surrounded the situation. Per the NHL’s protocol, the only update teams are permitted to give on absent players is that they are “unable to participate.” So what was the story with Voracek?

The first thought is that there could be a positive COVID-19 test in Flyers camp. But that was quickly put to rest when Voracek was back on the ice on Sunday for the next practice.

“You guys panic so much it’s not even funny,” Voracek said. “You guys make it sound like I’m dying or something. Everything’s fine.”

Voracek noted the protocol of players getting tested and how the status of players is updated in this protocol, and he put it right out there for the media that if they really wanted to know what happen, he would tell them.

“In some kind of way you want to protect the player’s privacy, right? Say if you get it, not everyone has to know it. If you decide not to share it with everyone, that’s okay to keep it to yourself and close friends and family,” Voracek said. “That’s what’s wrong with this world today. Everyone seems entitled to know everything about each other. It’s not a bad thing to have some privacy sometimes. I mean do you know all the cases every day that are diagnosed, do you know all the people and everything about them? No, somebody wants to keep it quiet. If you guys want to ask me what happened, ask me. I will tell you. You don’t have to dance around it.”

So a few moments later, Voracek was asked why he wasn’t on the ice on Saturday, and gave the answer.

“My test Friday didn’t come; it was delayed, then it came back inconclusive, so they couldn’t tell if it was negative or positive,” Voracek said. “I did another one yesterday and it came back negative this morning. There was nothing wrong. Everything’s all right.”

So everything seems good at Flyers camp again as the first week of activity in Phase 3 has come and gone without any issues. With Voracek back on the ice, Alain Vigneault was able to run the same top line in drills again, putting the winger alongside Claude Giroux and Sean Couturier.

The other lines changed, however, as Vigneault said he would do. Joel Farabee, who had practiced on the second line, was down on a line with Derek Grant and Tyler Pitlick and James van Riemsdyk was up with Kevin Hayes and Travis Konecny. Nate Thompson was also in the first group and on a line with Scott Laughton and Nicolas Aube-Kubel. Michael Raffl practiced with the second group, before both were united on one rink, and skated with Morgan Frost and Connor Bunnaman.

“I just wanted to get Scotty Laughton back on the wing and wanted to get JVR some other linemates,” Vigneault said. “He didn’t play towards the end there. I’m going to try a couple different experiences. One for the next scrimmage on Tuesday, and then I’m going to make some changes again to Wednesday’s practice and Thursday’s scrimmage. There will be some other looks we are going to try moving forward here. As we get closer to going to Toronto, this is a time to continue to work on our system, continue to work on our technical and tactical aspect and our conditioning aspect. It gives me the opportunity right now to get a couple different looks with different linemates that will prepare us properly for those games in Toronto.”

Vigneault also added that the team will start to work in special teams drills into practice in the coming days. The team is off on Monday and will return to the ice on Tuesday.

Collectively, the team is also trying to work in as many players as possible so they are prepared for any situation. There is always the possibility that a player will need to exit the lineup, for whatever reason, and having a lot of young players who are seeing their first playoff action will require some balance from veterans who have been there before.

“We’re bringing probably 30 players to Toronto. There’s a couple guys here right now that aren’t going to make it to the bubble in Toronto. There’s other guys that if you intend on having a long playoff run, you need depth. We are going to obviously need that depth.

“I think anybody that’s going to be with our group, that’s going to go through what we’re going through right now as far as on ice stuff, preparation, video preparation is going to benefit from this. All our strength and conditioning guys are coming with us, if you are not one of the regulars, you are going to have a very strict program that we expect all our guys to follow. Just like if they were in the summer going through their program, getting themselves ready for training camp. They’re going to keep themselves ready just in case we need them.”

For a day, the Flyers will get a break from that preparation to rest and recover. Then it’s back to work on Tuesday with less than a week to go until the trip to Toronto.