Eagles Flyers Phillies Sixers About Us Write For Us
Flyers Confidence Has Not Wavered with Defensive Pairings
Phillies Return to Workouts; May Play Monday 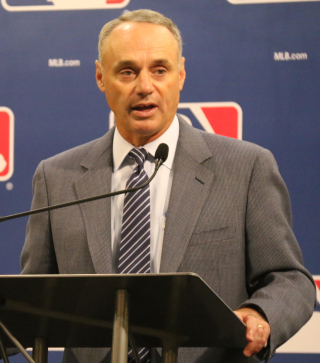 We knew that the Phillies would not be playing baseball on Friday night.  But they are not alone.  Six teams will not play Friday night, after two St. Louis Cardinals players tested positive for COVID-19.  With 20% of the league not playing due to COVID-19 concerns, MLB Commissioner Rob Manfred stated what perhaps is obvious: Major League Baseball could shut down.

Jeff Passan of ESPN reports that Manfred approached the MLB Players Union with a threat: follow protocol or shut down:

Should another outbreak materialize, Manfred, who has the power to shut the season down, could move in that direction. Multiple players briefed on the call fear that season could be shut down as soon as Monday if positive tests jump or if players continue not to strictly abide by the league's protocols.

This comes after compliance offers have become mandatory for teams.

Unlike the NBA or NHL, MLB is mostly using teams' own home stadiums and relying upon cooperation from players.  The outbreak among the Miami Marlins, is perhaps related to players leaving their hotels to go out in Atlanta, where the Marlins played the Braves in a preseason game.   Passan quotes a source saying "some bad decisions are being made".