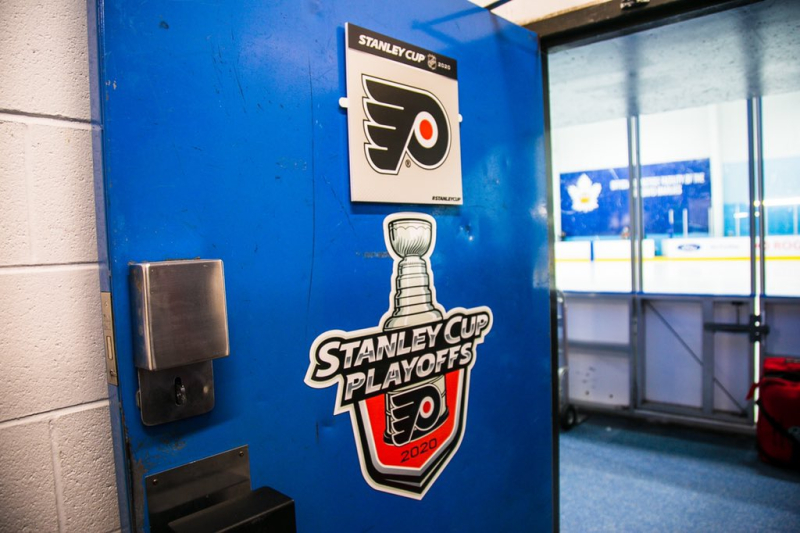 After nearly five months of careful planning to make a return, hockey is finally back. There is a game on Tuesday, and even though it is only an exhibition, it will be great to have a live game back.

For the Flyers, this is not necessarily their only tune-up. The Round Robin will allow for them to get even more experience and work out some of the rust and flaws in their game leading up to the first round. This is, however, the only exhibition game that holds no meaning other than to just get back into the rhythm of a game.

And what a game this could be. The Flyers get a rivalry matchup against the Pittsburgh Penguins, quite the way to make their return to the ice.

We don't know all of the details of the Flyers lineup, but Alain Vigneault did announce that 20-year-old prospect defenseman Egor Zamula will be in the lineup. Zamula is just a few months removed from back surgery and has never played a game at the NHL level, so this will be a good test for him against top competition.
The pause allowed for many injured players to get some much needed recovery time, and it allowed the Pittsburgh Penguins to get Jake Guentzel back into their lineup. Guentzel was sidelined on Dec. 30 with a shoulder injury that was expected to end his season, but the four-to-six month recovery time has since come and gone and he will be back on the ice. Guentzel gets his first game action in nearly eight months.

Vigneault also announced goalies for the exhibition and the net will be split for the game. Carter Hart is the starter and is expected to play the first two periods before Brian Elliott takes over for the third. Obviously, for both goalies, this is their first game action in months, but it is especially important for Hart, who missed a couple of days of practice late last week for precautionary reasons.

The Penguins are in a similar situation to the Flyers, looking to get both goalies some time in the only tuneup they will have before a five-game qualifying round series. Mike Sullivan said Matt Murray will start and play the first half of the game. Tristan Jarry will come in after that and finish the game.