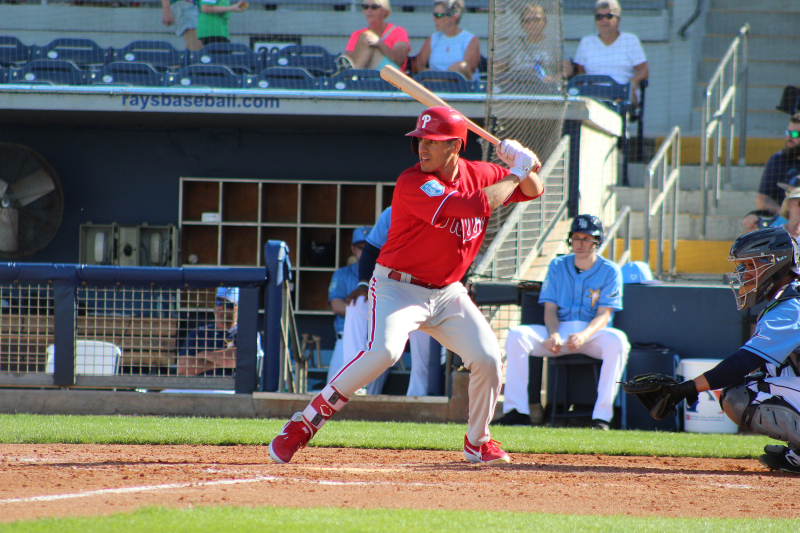 The Phillies roster looks much different heading into Saturday's evening game against the Atlanta Braves compared to Friday night.  The Phillies have had to use the injured list once again.  Meanwhile, the Phillies activated some of their new relievers ahead of the day's action.  Here is a rundown of the moves the Phillies made Saturday.

Bruce had been dealing with a sore quad, but had been playing through it.  Mostly the left-handed part of a designated hitter platoon, Bruce has given the Phillies some power in the early going.  The Phillies may have been able to activate Bruce thanks to a teammate getting healthy.

Adam Haseley Returns to the Phillies

Haseley had been on the 10-day injured list with a sprained wrist.  In the early going, Haseley had been producing for the Phillies, batting .333 in 21 at bats.  Haseley faced most right-handed pitching in center field, sharing time with Roman Quinn.

The Phillies added new acquisitions, right-handers David Hale, Brandon Workman, and Heath Hembree.  The Phillies bullpen should look much different than it has in recent weeks.  While they are currently without lefty Jose Alvarez, the three should help stop the bleeding.

The Phillies announced that Hale will wear number 41, Hembree number 43, and Workman number 44.

Deolis Guerra is Designated for Assignment

The Phillies never really got much out of Guerra, who was somewhat of a gamble to begin with.  Guerra appeared in just one game last season in the major leagues, and had a 54.00 ERA to show for it.  The Phillies hoped that his success at Triple-A in 2019 would translate to the major leagues.  It did not.  Guerra posted an 8.59 ERA and a 1-3 record in nine games.

Connor Brogdon is Optioned to the Alternate Training Site

The Phillies added Brogdon hoping to inject some energy from a young arm.  However, Brogdon did not really have much time to show he could hit advanced pitching.  Brogdon has made three appearances, pitching to a 16.88 ERA.  He remains a promising young pitcher for the Phillies, but the Phillies can instead have some experience for now instead.