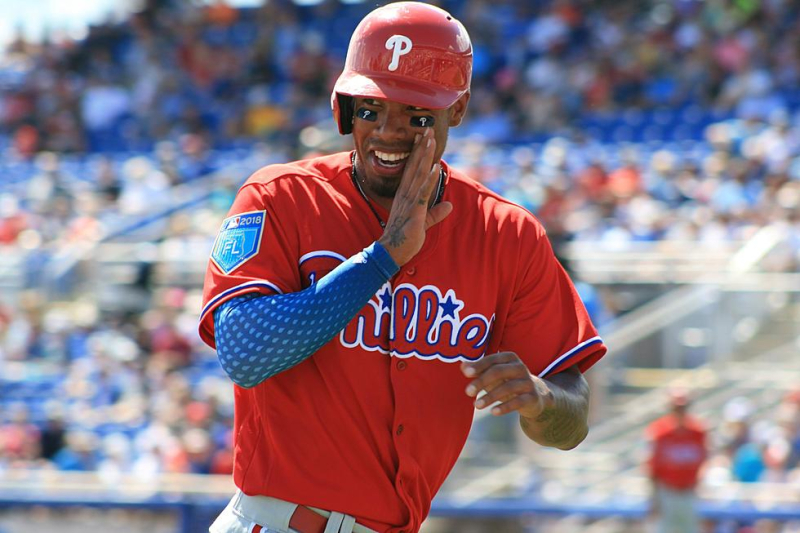 The Nick Williams era in Philadelphia is officially over.  After Williams saw his contract designated for assignment this week to make room on the 40-man roster so the Phillies could add relief help, Williams is officially departing the organization.  Jim Salisbury of NBC Sports Philadelphia reports that Williams has been claimed on waivers by the Cincinnati Reds.

Williams was once a promising prospect the Phillies acquired in the trade that sent Cole Hamels to the Texas Rangers.

Under manager Gabe Kapler, Williams was openly critical of his manager.  At one point after not playing, Williams said of the lineup, “I guess the computers are making it, I don't know.”  That did not lead to more playing time for Williams.

Without naming Williams, Kapler said, while talking to reporters including The Athletic:

“I wanted to say, ‘No, you’re just not very good at baseball,’’’ Kapler recalled. “The reason he wasn’t playing is because he wasn’t producing. Sometimes, I think that gets lost, when people say that we’re making decisions based on numbers or stats. Sometimes, it’s just a matter of: We’re watching what’s happening.”

Williams was not explicitly named, but connecting the dots, that would be Williams.

Then in 2019, Williams officially lost his job to Bryce Harper.  Williams would end up playing a bench role and being demoted after not producing in that role either.  Then, Williams suffered an unimaginable personal loss.

The older brother of Williams, Rudy Williams, died at the age of 32.  At the time, Matt Gelb of the Athletic wrote about the challenges it posed for Williams.  Understandably, that could carry over to the baseball field.

Heading into 2020 Spring Training, Williams seemed to have no role, and was optioned to Triple-A in late March.  Williams appeared as part of the 60-player pool in June, but failed to make the Phillies roster once again.  When looking for a 40-man roster spot, Williams was the one to go.

While the Reds officially announced the move, it is unclear if Williams will have an opportunity on the big league roster.   The Reds postponed Saturday and Sunday games after a positive COVID-19 test from a Reds player.