Eagles Flyers Phillies Sixers Union About Us Write For Us
Do the 76ers Have a Chance Against Boston? Game 3 Provides Test of Character and Coaching Adjustments
Phillies GM Matt Klentak's Job Should Be On the Line

Phillies Look to Get Back on Track Against Braves - Series Preview

If the Phillies (9-12) ever needed a turnaround, this weekend is it.

After blowing a 2-0 lead in game one and 7-0 in game two of a doubleheader against the Toronto Blue Jays, both losses, the Phils are in Atlanta for a three game series against the Braves (14-11).

As dire as the Phillies week has been so far, a weekend sweep of the Braves would pull them even in the NL East standings with both teams at a .500 record.

Nola vs. Fried is the marquee matchup of the series.

Fried is 3-0 with a 1.24 ERA in 2020 and pitched five shutout innings, striking out six in a win against the Phils, which was also Spencer Howard's debut.

Nola got the Phillies on track the next night against Atlanta, pitching eight innings of one-run ball, striking out 10 in a 13-8 victory.

In fact, Nola has dominated the Braves throughout his career, posting a 11-5 record with a 2.82 ERA, his best numbers against any team in the NL East.

Wheeler, on the other hand, has struggled in his career against Atlanta, posting a 6-5 record with a 4.04 ERA in 14 starts. However, of the hitters currently on the Braves roster, only backup catcher Tyler Flowers and superstar 1B Freddie Freeman are hitting over .275 against him.

Erlin, who opposes Wheeler on Saturday, was shelled by the Phillies in an Aug 10 relief appearance, giving up four earned runs across 2 2/3 innings. He did strike out five, but carries a 5.40 ERA in 10 innings this season. He is coming off four scoreless frames in his previous start against the Miami Marlins.

Tomlin is the wild card of the Braves rotation. Like Erlin, he started as a reliever this season, but the rash of injuries/opt outs to Atlanta's pitching staff has given him another shot to start. Of Tomlin's 243 appearances, 146 are starts. He held the Nationals to two runs across four innings in his only other start this season. His 2.35 ERA across nine appearances this season is more than two runs better than his 4.65 career mark.

Expect Phil Gosselin to draw a start in the first two games, both against lefties. It is Goose's world, we're just living in it.

The Phillies also did not have Alec Bohm in the majors the last time they faced the Braves. He is off to a great start in his major league career, hitting .308 in 26 at-bats with three doubles, three RBI and five walks. He has struck out six times and is still searching for his first big-league home run. Bopping a few against the Braves pair of lefties would be a great spark for a Phillies offense that has been inconsistent of late.

The same cannot be said for the bullpen, which has been consistent... consistently bad. With an ERA of 8.07, the Phillies relievers rank almost two runs worse than the Reds, who are 29th in bullpen ERA (6.17).

Friday and Saturday's games will be aired on NBCSP (tv) and WIP/WTTM1680 (radio) with the Sunday night game getting the national spotlight on ESPN. All three games are slated to begin at 7:10 pm ET. 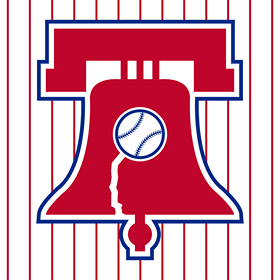