Eagles Flyers Phillies Sixers About Us Write For Us
Previous month:
August 2020
Next month:
October 2020

Just Tuesday, the Eagles lost one of the leagues top tight ends to the injured reserve list.

On Wednesday, more bad things continued to happen in Philadelphia as the beloved Birds placed their 2020 first-round pick on injured reserve as well.

Reagor joins 2019 first-round pick Andre Dillard as well as nine other Eagles on either the IR or PUP list.

Mike & Brett discuss the Eagles inexplicable decision to go for a tie against Cincinnati & who is to blame (continuing story!) for the massive freefall by the Birds 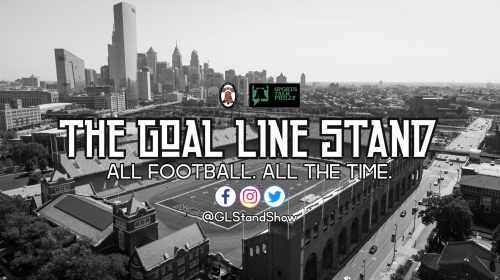 With news breaking on Tuesday that Dallas Goedert suffered a fractured ankle, the Eagles were expected to be without the top tight end for some time.

With the new rules in effect that mean IR stays need only be three weeks and unlimited players can return, the move to place Goedert on injured reserve was expected.

Tuesday afternoon, that move was made official as the Eagles brought in a new tight end, sort of, for the team to work with.

Since the Sixers have relieved Brett Brown of his head coaching duties, the main name to be his replacement has been Ty Lue. Mike D'Antoni has been a name that gained momentum recently, but there is still time for Lue.

First reported by Keith Pompey of the Philadelphia Inquirer, Lue is in Philadelphia for an interview. The meeting is set to take place on Tuesday.

If the Sixers are serious about bringing in Lue to be the next coach of the team, this might be their final chance to do so. After a shocking turn of events, there is a new team that is looking into hiring Lue.

With Doc Rivers out in LA, Lue could be lured to remain with the Clippers where he has spent the past season as an assistant coach. It has been clear that Lue wants to coach a contender, making the Clippers a very favorable landing spot.

Despite Mike D'Antoni gaining traction in recent reports, Lue should still be a top target for this position. His championship pedigree should not be overlooked, despite his small sample size of head coaching experience.

There should be no reason why the Sixers do not extend an offer to Lue in their meeting today. He is an ideal candidate to change the culture in the Sixers' locker room and establish accountability. His prior success makes him respectable enough for players to buy into his system.

What seemed like an impossible dream during the typical months of the playoffs finally happened on Sept. 28, 2020. The Stanley Cup was awarded at a time when preseason games are typically in full swing.

This was no ordinary season, but a result that was predicted by many back in September of 2019 ultimately came to be nearly 12 months later. The Tampa Bay Lightning are Stanley Cup champions.

A 2-0 win in Game 6 over the Dallas Stars secured the second Stanley Cup in franchise history for the Lightning. With the trophy handed out and the celebration underway for the new champions, how did they do it? The answer comes in two parts: an excellent blueprint for constructing a winner and failure.

Despite Report, Only One Voice Matters About the Phillies GM

On Monday, respected Philadelphia Inquirer writer Bob Brookover Tweeted something that got the attention of Phillies fans. "A team source said he does not think the Phillies will fire GM Matt Klentak", Brookover wrote.  However, is what one team source "thinks" an indication of what will happen?  At the end of the day there is one "team source" that is going to matter: CEO John Middleton.  And we saw last season that Middleton is willing to act on his own.

Continue reading "Despite Report, Only One Voice Matters About the Phillies GM" »

The Tampa Bay Lightning emerged victorious in Game 6, posting a 2-0 shutout win over the Dallas Stars to claim their second Stanley Cup in franchise history.

The Gang Completes Their First Season Under Joe Girardi

Even though the Phillies’ 2020 season was delayed for nearly five months, shortened to 60 games, and had no fans allowed to attend the games in person, one could make the argument that it’s still not as bad as the two seasons suffered under Gabe Kapler.

Perhaps it’s too easy to mock Kapler at this point—he came into the Phillies organization with no previous managerial experience, had some truly bizarre personality quirks (see: licking ice cream for the taste and then spitting it back into a cup), and failed to connect with the Phillies fanbase (or even his own players) in the two years he was in charge. The Phillies required a manager who was experienced, down-to-earth, level-headed, and patient, seeing as it became increasingly evident that this team wasn’t capable of being transformed overnight. They were in dire need of a leader who was able to lay down the law without completely alienating the clubhouse.

Simply put, Girardi is a winner. In a decade with the New York Yankees (which is an impressive feat in itself), he collected six playoff appearances and one World Series championship. He employs an ideal combination of modern analytics and data and old-school intuition to push players to be their best. Lastly, and possibly most importantly, Girardi has integrated himself into the community since the day he was announced as manager. From having breakfast with Charlie Manuel to making an appearance with the Phillie Phanatic at the 2019 Rocky Run and actively participating in charity events with the rest of the team, Girardi made it clear that his commitment to the Phillies extends well beyond the clubhouse.

However, the most indispensable thing that Girardi brings to this team is his mindset. In his introductory press conference he said, “...I want to win. And that’s why I came here because I think there’s a great opportunity to win here...we need to do whatever it takes to win. We have to trust each other, we have to be accountable to each other, we have to respect each other.” Literally from day one, he made it crystal clear that he was there to take the Phillies back to the top of their game. He acknowledged that cohesion and mutual respect are invaluable assets of a winning team. He understands that holding the coaches and players accountable is essential to helping a team grow, especially in a city that refuses to allow their teams to be “lovable losers.”

This debutante season, while it was mercifully allowed to happen at all, is not the fairest way to judge Girardi’s impact on the team. Was he going to turn everything around in one season, global pandemic notwithstanding? No. But have there been noticeable improvements in individual players that struggled last year, along with better team chemistry overall? Absolutely. Girardi’s playing the long game—he understands that sustainable improvement can’t be rushed. He’s integrating his tactics slowly but surely, and while fans may be pining for a quick fix that brings back the late-2000s glory days after what feels like eons of disappointment, Girardi is reminding us who won the race between the tortoise and the hare.

Everyone knows that good things come to those who wait.

This offseason leaves little time for negotiations, and the Flyers have already been busy. GM Chuck Fletcher got a deal done with pending restricted free agent Oskar Lindblom while the season was still going last month. Since the Flyers run came to an end in the playoffs, Fletcher has also completed new deals with Nicolas Aube-Kubel and Alex Lyon.

The Flyers have re-signed defenseman Robert Hagg to a two-year deal with an average annual salary of $1.6 million, Fletcher announced on Monday morning.