Eagles Flyers Phillies Sixers About Us Write For Us
The Goal Line Stand: Week 7 Wrap Up
Phillies Outright Hembree, Morgan Off of Roster 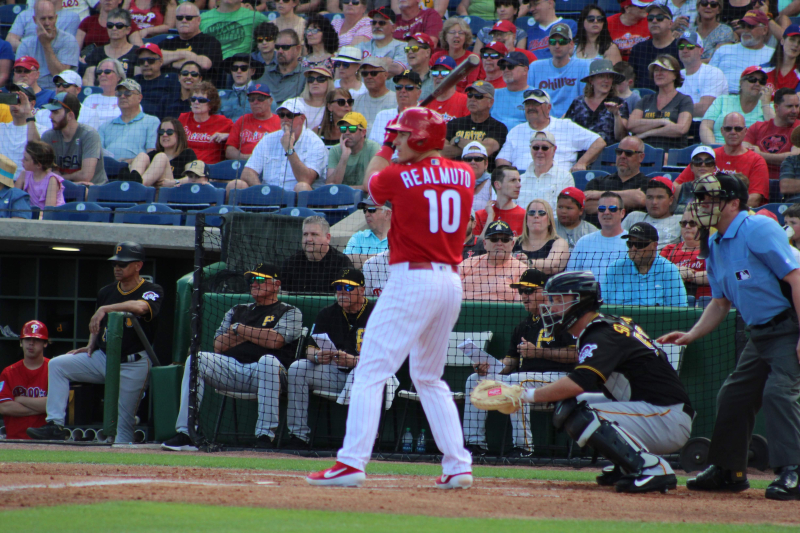 The offseason is underway.  With the defeat of the Tampa Bay Rays by the Los Angeles Dodgers in six games, the World Series is in the record books.  The day later, as is always the case, players may declare free agency.  Seven Phillies filed on Tuesday.

The Phillies players who filed are:

The Phillies have stated their desire to re-sign Realmuto.  Even though finances are very much still unpredictable in 2021, Realmuto could very well be the highest-paid free agent in all of baseball this offseason.

The Phillies will have five days to decide which of their free agent players to which they should extend a qualifying offer.  A player who accepts a qualifying offer will accept a one-year contract at a rate of $18.9 million.

Realmuto is sure to get an offer, but just as sure to reject it.  That means the Phillies would receive draft pick compensation if another team signs him.  The five pitchers are not likely to receive a qualifying offer.  But Gregorius could be interesting.

$18.9 million represents a $4.9 million increase from his one-year $14 million deal agreed to prior to the 2020 season.   The market is not thought to be particularly strong for the non-stars, and Gregorius might risk a lower salary by not accepting.  Plus, with draft pick compensation attached, another club may not wish to extend it.

$18.9 million for one year of Didi Gregorius sounds like a reasonable deal after his performance last season.

The Phillies might wish to bring Alvarez back, who performed well for the Phillies the last two seasons.  Alvarez was the most reliable reliever in the Phillies bullpen prior to a testicular contusion from a line drive.

Hunter performed well last season, too, and perhaps the Phillies will be interested in bringing him back.

The Phillies might set some other players free in coming weeks.  David Phelps has a $4.5 million option the Phillies can reject, paying a $250,000 buyout instead.  That decision should come within five days from the World Series, as that's the common contract stipulation.