Eagles Flyers Phillies Sixers About Us Write For Us
One Prospect the Sixers Should Keep an Eye on
Phillies: Dollars and Surprises ahead for 2021

Phillies Lay Off Mackanin, Hollins and Other Scouting Staff 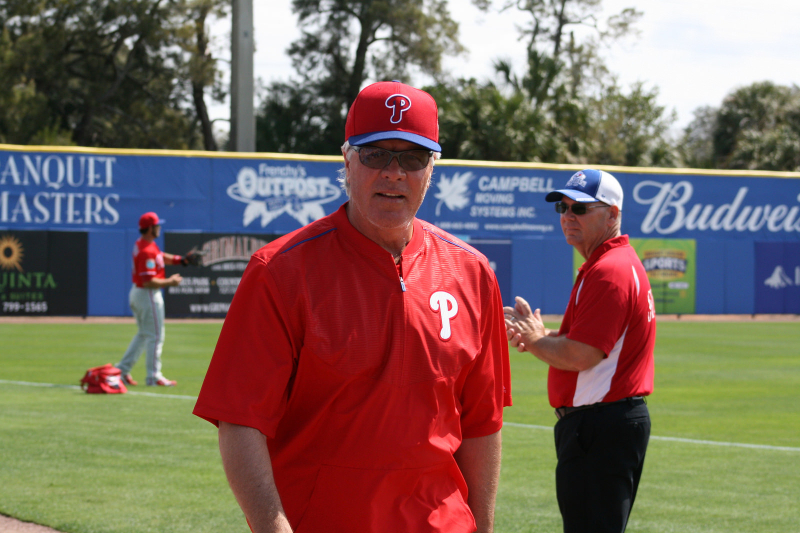 The Phillies have begun making organizational cuts that were well-expected.  After losing a reported $100 million or so in the pandemic-affected 2020, the Phillies employees have widely been reported to have been offered buyouts and layoffs.  Some cuts to the Phillies scouting staff came out on Friday and they include some prominent Phillies names.

According to Scott Lauber of the Philadelphia Inquirer, ex-Phillies infielders Pete Mackanin and Dave Hollins are among them:

The Phillies have informed five talent evaluators — four pro scouts and one special assistant — that their contracts won’t be renewed, multiple sources said Friday. Among the cuts were former manager Pete Mackanin and Dave Hollins, the popular third baseman on the Phillies’ pennant winning 1993 team.

Pro scouts Howie Freiling, Jesse Levis, and Jeff Harris were also let go, according to multiple sources. Freiling and Levis are Northeast High graduates who have worked for the Phillies since 2008 and 2011, respectively.

Though not Phillies, Levis and Feiling have long had a following from Phillies fans.

Mackanin played for the Phillies as a utility infielder in 1978 and 1979. Then Mackanin returned to the organization to serve as a coach from 2009 to 2012 and 2014 to 2015, when he took the managerial reigns.  Mackanin managed through the 2017 season, after which he was replaced by Gabe Kapler.  Mackanin was a favorite of former Phillies general manager Ruben Amaro, Jr., who played for Mackanin in Venezuelan winter ball.

Mackanin remained in the organization after he was let go as Phillies manager as assistant to the general manager, mostly using his scouting skills.

Hollins was a Rule 5 draft pick of the Phillies in December of 1989, as the Phillies sought to find a long-term replacement for Mike Schmidt, who retired the year prior.  He played third base for the Phillies and then ultimately first base when in 1995 he was traded to the Boston Red Sox for outfielder Mark Whiten.    The Red Sox would end up trading Hollins to the Minnesota Twins for designated hitter David Ortiz.   Hollins returned to the Phillies in 2002 as a utility player and he played just 17 games before calling it a career the following Spring.

Hollins re-joined the Phillies as a scout in 2011.

The financial picture for the Phillies and other is mostly unknown heading in 2020.  While there is a full schedule of games planned and a full Spring Training set to continue as normal, that could change depending on the status of the COVID-19 pandemic.