Phillies President MacPhail Will Be Lame Duck; No GM Imminent 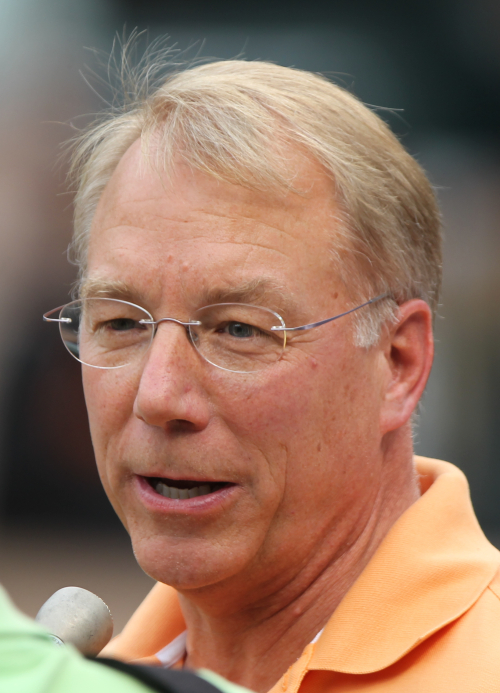 Phillies president Andy MacPhail held his annual year-end press conference on Friday afternoon.  On Zoom because of the COVID-19 pandemic, MacPhail offered some insight to the 2020 season, his future, and the future of the general manager position.  While much is still unclear, MacPhail notably stated his plans to exit his role as club president at the end of the 2021 season.

Here is a rundown of some of the key moments of the press conference as told by reporters.

MacPhail plans to step aside at the end of the 2021 season, or perhaps even sooner:

Phillies president Andy MacPhail does not plan to stay with the team after 2021 season when his contract expires. But he said he would step aside sooner if it helps the team land a their preferred GM/President candidate.

The Phillies do not appear eager to hire a general manager:

Just listening to Andy MacPhail, doesn't seem like he thinks that hiring a new GM right now would be fair given the COVID-19 environment.

Phillies have identified some candidates, and will move if the right candidate emerges, but Ned Rice might be in the interim to open 2021.

The Phillies financial picture is "not pretty":

MacPhail says #Phillies were not prepared for a global pandemic after Phillies reinvested money into the team@6abc pic.twitter.com/miVsEti507

MacPhail offers credit to the draft picks under Matt Klentak:

He was reading notes from his lap when he defended the recent productivity of the team’s prospects.

Similar vibe to the 2nd half bullpen ERA thing from last year.

The Phillies aren't as good as Tampa Bay Rays organization in developing players:

#Phillies president Andy MacPhail: 'Tampa is unable to unlock hidden talent in players that have been around for a while that we haven't been able to pick up on. They're seeing something we're not and we've got to figure out what that is.'

John Middleton should be more engaged next time:

#Phillies president Andy MacPhail: 'Tampa is unable to unlock hidden talent in players that have been around for a while that we haven't been able to pick up on. They're seeing something we're not and we've got to figure out what that is.'


So what is there for people to make of this press conference?

It sounds like 2021 will be a transitional year.  With MacPhail serving as a lame duck president, he probably will not make any long-term decisions.  That could mean that interim general manager Ned Rice sticks around for the year, too.  Expect a lot of one-year deals as the Phillies and the rest of the baseball world seek to navigate through this pandemic.