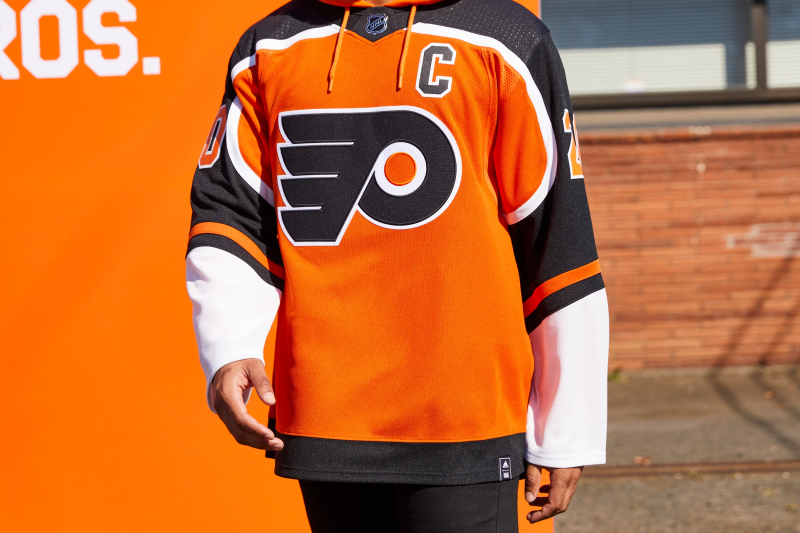 Last month, there was a leak of a possible new jersey coming for the Flyers. It was labeled as part of a league-wide “Reverse Retro” program where all 31 NHL teams would pay homage to their heritage.

On Monday, the league unveiled all the new jerseys as part of the Reverse Retro alternates. The Flyers version looks like this:

The Flyers Reverse Retro jersey uses the same style that the team wore from 1982 to 2007, specifically dated as a tribute to 1995, a solid color across the shoulders that extends halfway down the sleeve with a contrasting color in the body separating by a pinstripe piping. This was originally introduced with orange and white primaries that featured the opposing color on the shoulders. A jersey with black as the primary color was introduced in 1997 and worn through 2007. The “burnt orange” jerseys were worn through 2001.

The Reverse Retro jersey will be worn for select Flyers games during the 2020-21 season.

The jersey is also available for fans to purchase. It is currently on pre-sale through the team’s online shop at Wells Fargo Center and will be available for direct purchase beginning on Dec. 1.