Eagles Flyers Phillies Sixers About Us Write For Us
Report: Harden Lists Philly As Top Destination
Philadelphia Flyers Uniforms Through the Years 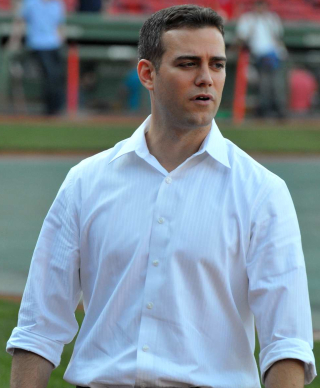 Theo Epstein will step down from his role as President of Baseball Operations effective Nov. 20 and depart the organization after nine seasons.

Jed Hoyer, who joined the club in Nov. 2011 as Executive VP/General Manager, will be named President of Baseball Operations. pic.twitter.com/SDeF826SFH

Epstein had one more year left on his contract.

Will the Phillies be interested?  Recently, a report from Jayson Stark of the Athletic had the Phillies looking to make an impact move with a respected baseball executive, much like the hiring of Joe Girardi was to do at the manager position.  Epstein would certainly fit that mold.

“For the rest of my life, I will cherish having been part of the great Chicago Cubs organization during this historic period.  All of the things that have made this experience so special — the fans, the players, the managers and coaches, ownership, my front office colleagues, the uniqueness of the Wrigley experience, the history — make it so tough to leave the Cubs.  But I believe this is the right decision for me even if it’s a difficult one.  And now is the right time rather than a year from now.  The organization faces a number of decisions this winter that carry long-term consequences; those types of decisions are best made by someone who will be here for a long period rather than just one more year.  Jed has earned this opportunity and is absolutely the right person to take over this baseball operation at such an important time.”

What is unclear at this point is whether or not Epstein will be free to work for another club, or if he would have to wait out his final contract year.   Whether he is allowed to do so or not, Epstein seemed to indicate that he might be taking next year off:

Epstein says in the letter he will spend time with family and work with non-profits, including his Foundation to Be Named Later and The Players Alliance.

"I do plan on having a third chapter leading a baseball organization someday, though I do not expect it to be next year."