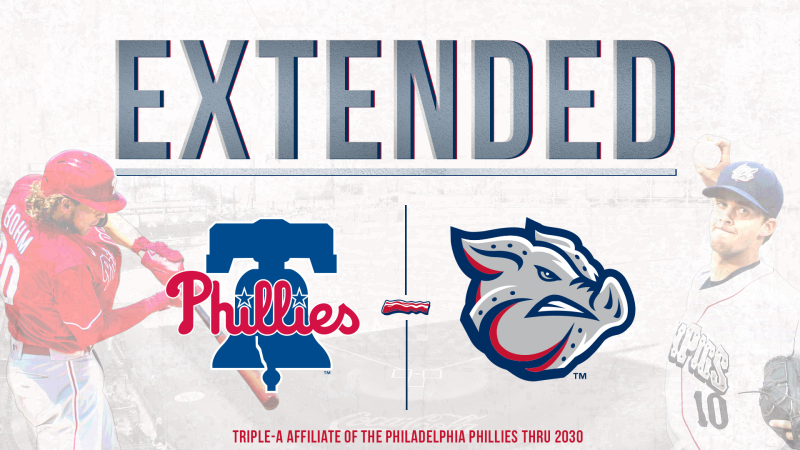 On Wednesday afternoon, shortly after the Phillies announced their new minor league structure, the Lehigh Valley IronPigs made an announcement of their own.

The team, which will continue to host the AAA affiliate for the Phillies, reached an agreement with the team that will extend their affiliation with the team through 2030.

IronPigs GM and President of Baseball operations made a statement Wednesday that the team, "couldn’t be more excited to continue our relationship for many years to come with the Philadelphia Phillies."

Lehigh Valley has been a mainstay among the top-25 merchandising teams in the country with their innovative products like the Jawn series, the Cheesesteaks and their line of bacon-scented scratch and sniff items to name a few.

Of course, the baseball aspect has also been consistent with the team having been affiliated with the Phillies since 2008, when the stadium was first built.

Since that time, it has played host to 155 players that have gone on to reach the MLB level, including fan favorites Rhys Hoskins and Aaron Nola, as well as brought in 7,295,413 fans to see these players.

Phillies Assistant General Manager Bryan Minniti noted that the minor league franchise, “not only provide[s] our players with great amenities but also, due to their proximity to Philadelphia, allow our local fanbase to watch future Phillies in action.”

Indeed, it seems like fans will be able to see future Phillies in the Lehigh Valley for at least the next 10 years to come.