A 5-3 result on Tuesday got the Flyers back in the win column, but there is still much to be desired from their play. On one hand, they are trying to survive as much as possible without Sean Couturier and Phil Myers, both of whom may be back on track to return from their injuries soon. But they are also in danger of letting too many games slip away with the current group on the ice.

The Flyers will certainly see better from the New Jersey Devils on Thursday night, as they look to come away with a sweep on the road in this two-game series.

The Flyers and Devils face off at 7 p.m. Travis Konecny is tied for the team lead in goals so far this season and was among the players buzzing on the forecheck in the last game. His confidence has been up early in the season and he can be the energy guy who can get things started.
Pavel Zacha had several scoring chances in Tuesday's game before finally getting a goal in the final two minutes with the game out of reach. He has also scored in his last two games and is definitely finding a way to get into scoring areas. 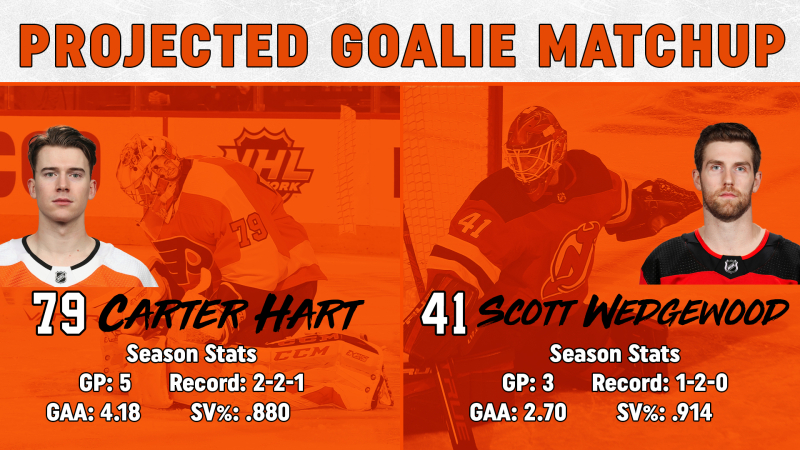 After getting the night off on Tuesday, Carter Hart is back in goal for Thursday's game. It's been a struggle for Hart of late, allowing four goals or more in each of his last three starts. Hart is looking for a bounce-back game and knows he can be better, so this is his first chance to do just that.

Scott Wedgewood is back in goal for the Devils with Mackenzie Blackwood still out on the COVID-19 Unavailable list. Wedgewood has done a solid job filling the void for the Devils and did help them bounce back with a win over the Islanders after taking the loss to them in the previous game. He'll look to do the same after his loss to the Flyers earlier this week. 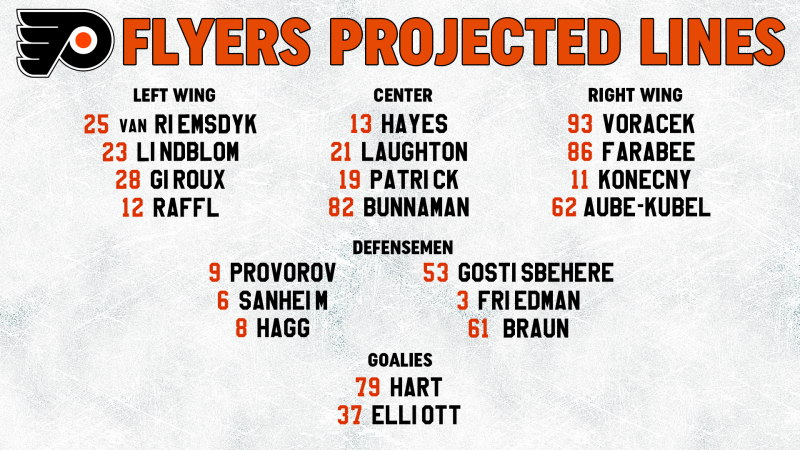 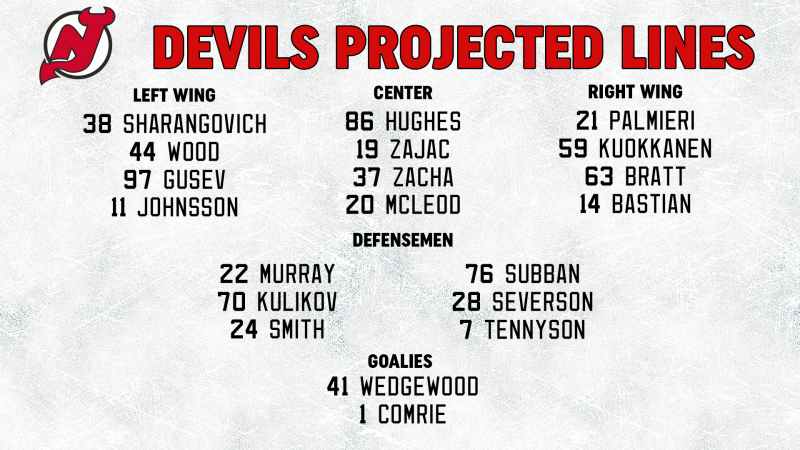