Eagles Flyers Phillies Sixers Union About Us Write For Us
Things to Watch: Sixers versus Celtics
Grades From Sixers' Victory Over Celtics

While the Philadelphia Phillies faithful reacted negatively to a possible Anibal Sanchez signing, a national site forecasted he could receive an offer higher than Corey Kluber’s $11 million. Translation: too expensive! So, fans can relax because the Fightins can spend $6 million, and he probably won’t land here.

A pitcher’s ability and/or cost may not be accurate to some Phillies fans who remember his career peak simultaneously with an age-related asking price. Ergo, a hurler won’t be a solid three-slot arm for $6 million on a one-season contract as some have implied.

“We are like a judge confronted by a defendant who declines to answer, and we must determine the truth from the circumstantial evidence.” - Alfred Wegener

Pitching is expensive and the reason Kluber received $11 million from the New York Yankees hoping for a two behind Gerrit Cole. Now, Jon Lester has signed for $5 million with the Washington Nationals, and JA Happ inked an $8 million pact with the Minnesota Twins.

Some general managers may be overpaying for a certain hurler, while other moundsmen are accepting a proposal from the first bidding organization. But while the Yankees didn’t want to miss an opportunity, the same could also be Lester’s reasoning.

It could turn out Dave Dombrowski, president of baseball operations, probably considered inking Sanchez for $6 million like his deal with Archie Bradley. However, Mato Sports Management representing Sanchez held a showcase instead trying for a comparable pact to Kluber’s.

Like Sanchez, veteran starters can hope for a bigger payday, risk holding out too long, and end up accepting lower proposals. Or they can leave money on the table like Lester, if that’s what he did. Basically, writers are at a distance and receive only what clubs are willing to --or unwittingly-- reveal.

Most rotational signings recently are one-summer agreements for hurlers like Lester and Sanchez due to their age and declining effectiveness. However, early 30s stars like Jake Odorizzi will receive multi-year offers at $13 million per 162. As for the red pinstripes, they want a four-slot arm at $6 million for this campaign.

The Phillies have Aaron Nola, Zack Wheeler and Zach Eflin occupying the first three spots. And picking up one starter works for their current budget and approach, which depends on re-signing JT Realmuto and possibly Didi Gregorius. So, their strategy was and is partly to spend $12 million for a starter and reliever.

Since the Fightins want a four-slot hurler, Spencer Howard or Vince Velasquez will be the five. Ergo, either could earn the role in spring training, but Velasquez is primarily a backup plan if Howard isn’t ready for the Show.

Many locals want a three with Eflin as the four, but a three has a 3.80 ERA to a 3.99 ERA like Eflin if he is 32 or younger. Unfortunately, Mashiro Tanaka, 32, wants $15 million for one season;  but others will accept $13 million each for three summers. But if you had a choice, would it be Gregorius or --or-- a three-slot arm?

After a poor 2019, the Yanks couldn’t find a taker for Happ and wouldn’t chance a repeat performance in 2021 despite a decent 2020. Realistically, the ex-Phillies starter had expected more than $6 million based on his shortened-campaign statistics and inked an $8 million commitment.

With spring camp interrupted and the season delayed indefinitely, players proceeded without their normal preparation and had to negotiate the pandemic’s uncertainty and find new ways to be ready. And those altered routines had many struggling during the patchwork schedule.

Without the crowd to spark an adrenaline rush, many hurlers lost 2-4 mph on their four-seam fastballs. And some starters relied on other pitches to compensate for a velocity drop to the 93-mph MLB average. Obviously, being without their main weapon they didn’t fare too well.

While some want health-risk James Paxton, he ended ‘20 on the IL (injured list) in late August. And not proving you’re healthy is a GM's red flag despite his excellent stats in ‘19. Plus his four-seam fastball velocity dropped 2.9 mph: He went from 95.7 to 92.8 mph and relied on his 92.4-mph sinker, his fourth best pitch.

After missing all but one outing, Cole Hamels is an even bigger gamble than Paxton. At his age, his spirit may be willing but his body may not, although he could have a few bullets remaining in his arm. Therefore, a reunion here is more wishful thinking than reality.

More of a health risk than Paxton and Hamels is Chris Archer because he had surgery to relieve symptoms of neurogenic thoracic outlet syndrome (TOS). Unfortunately, TOS has been a career-ender too frequently, and no contending franchise will spend heavily without proof of in-season health.

For $6 million, expecting a three-slot arm who is more effective than Eflin is an illusory hope. No, the Phillies affordable choice is a healthy aging veteran to chew up innings every fifth day and give the team a valuable commodity, which is? A chance to win! 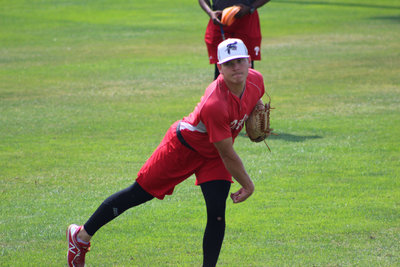 Please define an inning eater! Is it someone who gives up 5 or more runs a start but keeps pitching for 5-6 innings?

Tal, Is the money really weighing heavily in all of this?

An innings-eating starter has a 4.50 ERA or lower, averages 6 frames per outing, and gives his team a chance to win. For instance, a four-slot hurler will have between a 4.00 and a 4.25 ERA.

Sorry, for the delay, Jim. My old brain isn't what it use to be.

I wrote the article because fans made comments that those other hurlers were better choices than Sanchez. But Anibal at $6 million would have allowed more money elsewhere like Archie Bradley did.

But money is always involved in every decision.