The final reinforcements are on their way. The Flyers continue to get players back into the lineup after their long two weeks dealing with a COVID situation. It comes at a great time for the Flyers, as they hit the road for the next five games.

It starts over the weekend with a pair of games in Buffalo against the Sabres. Following a COVID situation of their own, the Sabres have lost five of their last seven games. 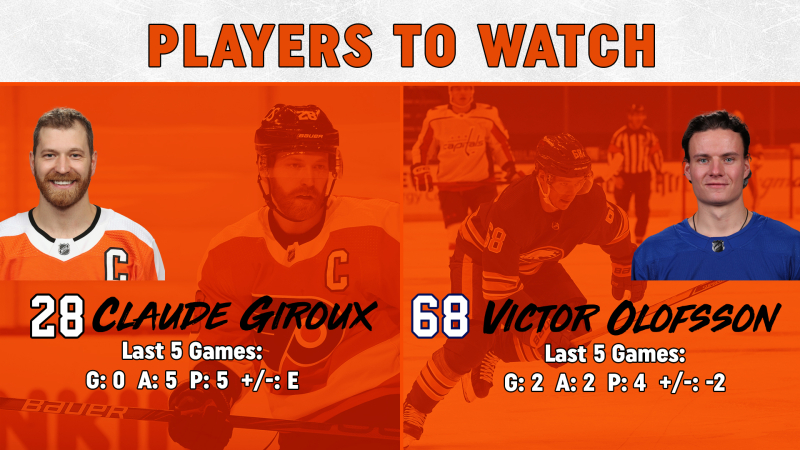 Claude Giroux returned to the lineup with a vengeance after being on the COVID list. His first game back on Wednesday, the Flyers captain played one of his best games of the season with a renewed energy and recorded three assists along the way. The Flyers will be looking for more of the same from the captain as a crucial stretch of games begins.
The Sabres have gone through their own share of struggles this month, but lately, Victor Olofsson has been their guy when it comes to scoring. Olofsson has two goals and two assists in the last five games and now leads the team with 15 points entering Saturday's game. 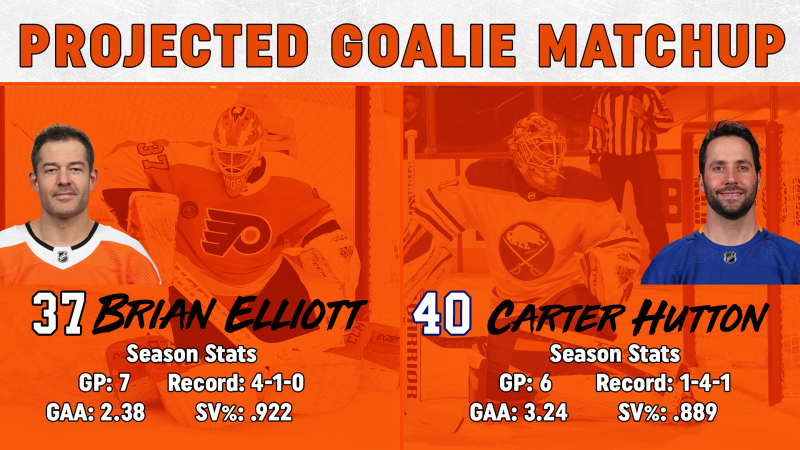 The Flyers turn to Brian Elliott again in goal for Saturday's game. Elliott did allow three goals to the Rangers on Wednesday, but made several excellent saves to keep the game in the Flyers favor. Elliott's record speaks for itself, as he is 4-1-0 in seven games this season.

Just like their previous trip to Philadelphia, the Sabres are dealing with goaltending injuries. Linus Ullmark left the previous game with injury and is expected to be out for the entire weekend. That means Carter Hutton will once again most likely be stepping in to start for the Sabres. Hutton's only win of the season came in a 6-1 decision against the Flyers early in the season. Hutton also was on the hook for a loss against the Flyers, leaving that game after two periods. 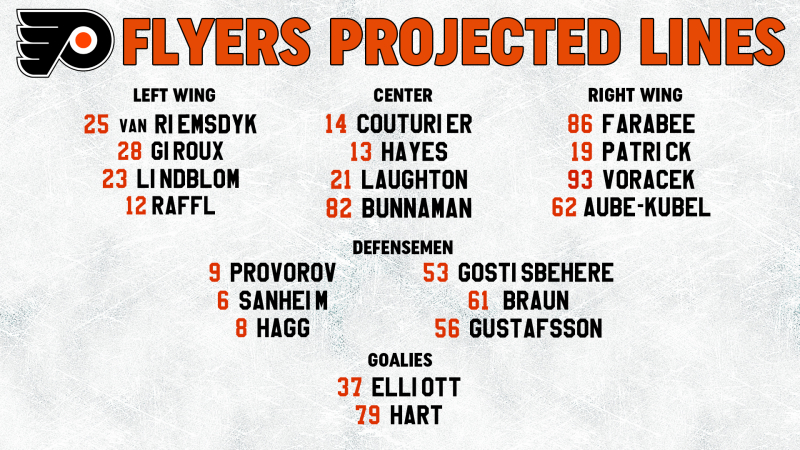 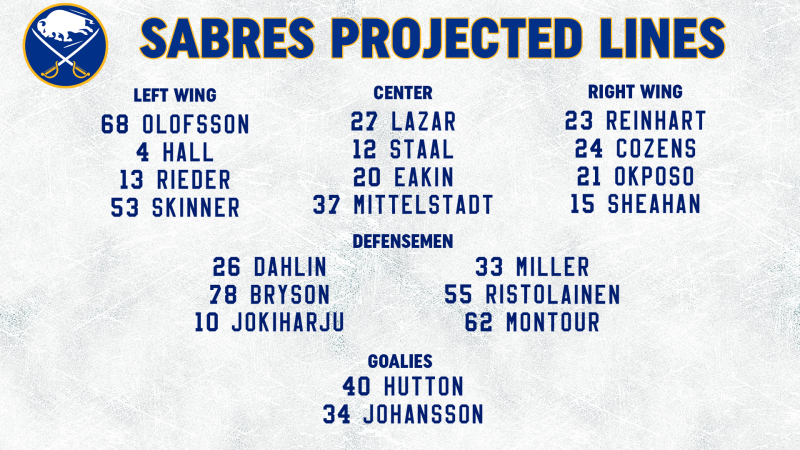