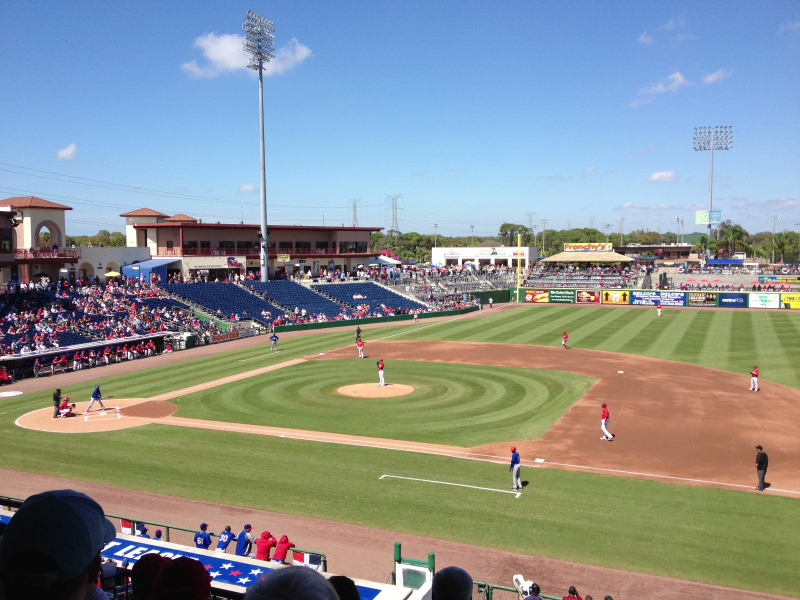 Another year of Phillies baseball has arrived, and many players are already in Clearwater, Florida, preparing for the impending month of Spring Training games. Popular faces such as superstars Bryce Harper and (recently re-signed) J.T. Realmuto will enter camp with cameras flashing and reporters lined up against the fence. Maybe even more attention-drawing will be stud third baseman Alec Bohm, the Rookie of the Year runner-up who had unprecedented success in 44 games following a miserable half-decade of Phillies draft pick flops. Scott Kingery, Adam Haseley and Roman Quinn will yet again be battling for one starting spot in center field. All eyes will be on these guys, but there is also a plethora of intriguing low-profile individuals that could be impact players for the Phillies in more ways than one.

One name that most Phillies fans should recognize is Ranger Suarez. The lefty reliever pitched 48.2 innings for the 2019 Phillies to the tune of an impressive 3.14 ERA and a stunning 142 ERA+. Bidding for a spot in the rotation in Spring Training, Suarez appeared to be breaking out. He pitched 5.0 scoreless innings to begin his Spring campaign before giving up his first 2 runs against the Boston Red Sox, but he recorded four strikeouts through three innings in the process.

Then, the pandemic hit. Four months later, Summer Camp launched but he tested positive for COVID at the time. He spent an entire month in quarantine and was never the same upon return. JoJo Romero emerged as a solid lefty in 2020, and then the Phillies traded for left-handed pitcher Jose Alvarado and signed lefty starter Matt Moore for $3 million in the offseason. All of a sudden, buzz about Suarez became scarce, especially among the casual fans. Another very competitive bullpen arm was signed this morning: Tony Watson, making it even harder for Suarez. His best chance to make the roster seems to be by outperforming one of the veteran starters: Chase Anderson, Moore, or Vince Velasquez to earn a spot in the rotation.

But he should NOT be counted out, as he could be a legitimate weapon again this year. In 2019, he boasted eye-opening peripherals, ranking in the 81st percentile in hard hit %, 81st in BB%, and 65th in xERA. Between new pitching coach Caleb Cotham and the raw talent he possesses, I urge everyone not to sleep on Ranger Suarez coming into the 2021 Spring Training season. Suarez is a slight boost in velocity (to pair with his already excellent command) away from having a resurgent season.

In addition, fellow reliever Ramon Rosso is an arm to keep close tabs on heading into the season. Rosso, arguably my favorite Summer Camp watch, was absolutely dominant in his short Spring Training/Summer Camp stints with the Phillies. The 24-year-old hit 97 mph at times and was wiping hitters away in both intrasquad and competitive games. Unfortunately, he was rocked in a high-pressure situation early in the regular season and never appeared to make significant strides towards recovering from it.

However, do not overlook Rosso’s potential to be an impact arm in an already-refined Phillies bullpen. His major league caliber 1-2 punch (a fastball-slider combo) would certainly be a benefit to the Phillies bullpen. Having Hector Neris’ splitter/fastball combo, Archie Bradley’s curveball, Connor Brogdon’s 89 mph cutter and Rosso’s 84 mph slider would provide manager Joe Girardi with a potentially devastating group of righties that all give different looks to hitters. And there were developing signs of hope as recently as this winter!

Rosso competed in the Dominican winter league and had a few promising outings (keep in mind that the Dominican league is less competitive than MLB, but still…). It is only a matter of time before we find out if Rosso can harness his potential, and I could not be any higher on him than I am right now.

Lastly, Jeff Mathis was recently signed as an non-roster invitee and will be heading to Clearwater. Yes, Mathis, the “infamous” catcher who appeared in a Foolish Baseball YouTube video. He is also the guy with a career .194 avg and 48 OPS+. So how in the world is Jeff Mathis an intriguing storyline? Well, he may be a putrid offensive player, but what he lacks on offense he more than makes up for on defense. He stands out as one of the BEST framers in the sport’s history. I cannot begin to explain how imperative it is to have a 16-year veteran catcher like Mathis at Spring Training/in the minor leagues.

Realmuto will obviously get the nod as the Phillies starting catcher, while popular clubhouse leader Andrew Knapp will likely return as the backup catcher after being retained by the club. Rafael Marchan will probably be in the minors to start 2021 (barring any injuries to the mainstays), but certainly looks to be a part of the future behind the dish. Clearly Mathis is not going to be an immediate contributor at the major league level, but his presence and wisdom is massive for the younger catchers in the Phillies’ system.

Prospects like Logan O’Hoppe, Edgar Cabral, Rodolfo Duran and (previously mentioned) Marchan will all have the opportunity to ask questions and learn invaluable lessons about the art of catching from one of MLB’s best framers. There is no doubt in my mind that Mathis will impact the future of the Phillies by priming one or more of their up-and-coming catching prospects. And if we pay close attention, we might just get to witness it firsthand in Spring Training 2021.