Eagles Flyers Phillies Sixers Union About Us Write For Us
Flyers 5: Takeaways from Saturday’s Flyers-Rangers Game
This Strategy Could Save the Phillies Roster Space or Money

What Do the Phillies Hope to Get From Kingery, Romero in the Minors? 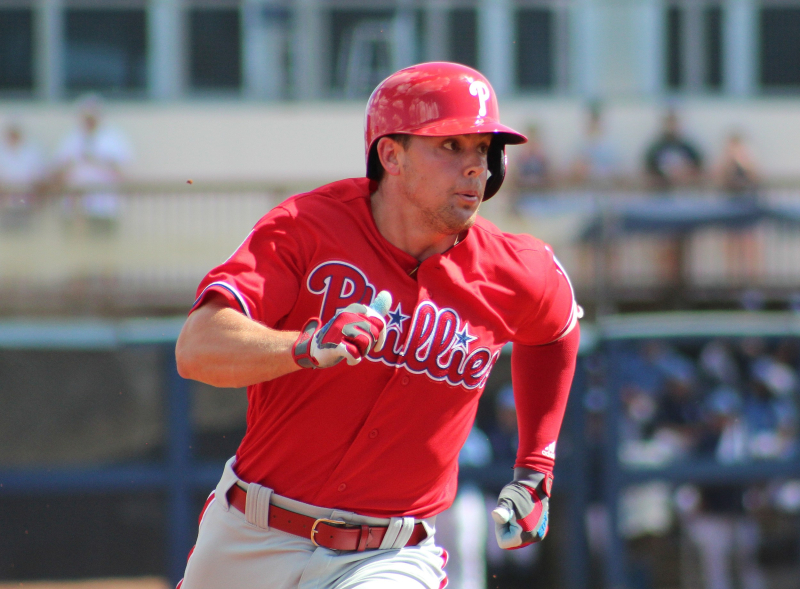 The Phillies announced on Sunday some of the roster moves that would give the Phillies almost a full picture of their final 40-man roster.   The two big surprising moves were that utility player Scott Kingery and pitcher Jojo Romero would be optioned to the Alternate Site to start the season.  What was the thinking behind the moves?

All signs point to the Phillies not giving up on Kingery with this move.   In fact, the move seems to suggest that they think that Kingery should be more than a bench bat that backs up the likes of Jean Segura and Didi Gregorius.  Kingery entered the center field competition to be the starter.  But after batting just .159, the Phillies did not default to making Kingery a back-up infielder.

When Dave Dombrowski took over baseball operations, he did not inherit anyone else's plans for Kingery.  He could have given Kingery the starting second base job and returned Segura to the position he held when the Phillies traded for him. Dombrowski wanted certainty at defense and offense, making sure that Gregorius returned as part of his first offseason.

It almost appears that the new Phillies leadership needs to see just exactly what Scott Kingery is.  They probably know of the high hopes the organization had for him when they drafted him in the second round of the 2015 draft.   They certainly know what they're paying Kingery.

So who is he?  It appears the new leadership wants to find out.  For sure.  And to do so, they're going to play him every day at Triple-A once the season opens in May.

They cannot find out who Scott Kingery really is if he's buried on the bench, serving as the team's lone right-handed pinch hitter.

The story of Romero is probably very different.  The Phillies saw nothing that should make them run from Romero.  Romero pitched to a 1.04 earned run average in eight Grapefruit League appearances.    Those numbers are nothing to be worried about, of course.

Could this be a roster crunch?  The Phillies have Vince Velasquez and David Hale both seeming to occupy the same role.   Sean Coonrod had a nice Spring and is still hanging around.

Might one of them move? It's possible.   Velasquez finally returned to action on Sunday, making just his third appearance of the Grapefruit League.  Velasquez allowed one earned run in two innings, allowing three hits and striking out two.  It's probably not enough of a sample size to trade him.

The Phillies could make a move for a veteran lefty still.  The Phillies, who would have just one left-handed reliever in Jose Alvarado with Romero in the minors, really could benefit from a second left-handed reliever in the pen.  They declined to keep Tony Watson around, a veteran with a track record, perhaps because he was due $3 million in 2021.

Romero had an option to the minor league which made him easy to move.  But he could also easily be moved right back if the Phillies make a move.  Could they?