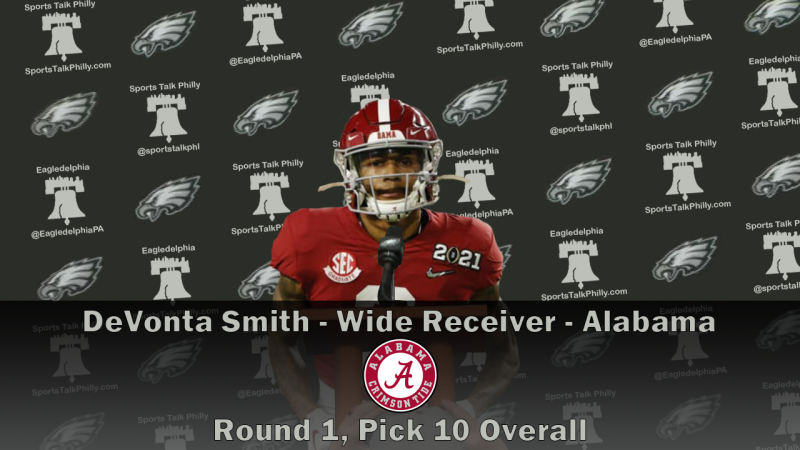 Though the Eagles had originally traded back and secured a 2022 first-round pick in return, the team saw little issue with giving up the 84th pick in the draft to grab the Heisman Trophy winner to support Jalen Hurts.

The major knock on Smith is his size, though that didn’t hinder his playing ability in the least and he was not the Alabama receiver that had suffered a serious injury in 2020.

Smith, of course, tallied a ludicrous 1,856 yards in last season alone. His 117 catches and 23 touchdowns meant he was always facing the SEC’s top corner and winning anyway.

He figures to slot in as the Eagles true number 1 receiver, a move that should allow for players like Jalen Reagor, Travis Fulgham and Quez Watkins to be more productive against the lesser corners on an opposing team.

Smith also overlapped with Hurts at Alabama, so there is familiarity that should help him to succeed quicker.

Fans wanted Smith and are surely happy to see he did not go to either of the NFC East rivals who were picking at 10 and 11 when the draft opened.

The Eagles still have nine more picks to make over the coming two days to fortify the rest of the team.