Just when it appeared the Flyers were going to be the team that allowed the Devils to not only snap a nine-game winless streak, but do so in the first of four straight games between the two, the Flyers snatched it away from them. Two quick goals by Claude Giroux tied the game, then the Flyers claimed the victory in the shootout.

The four-game series now heads to New Jersey for the next two games, starting with Tuesday night's game, as both teams begin their final two weeks of play for the 2020-21 season. 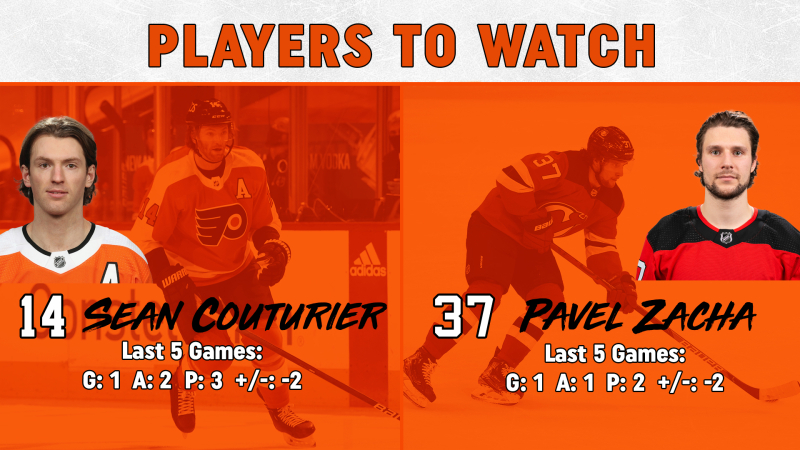 Sean Couturier was back on the board in Sunday's game, picking up his 14th goal of the season. The Flyers seem to be in position to compete in games when Couturier's in the middle of the offense in some way, and he'll be looking to finish the season strong.
Pavel Zacha got a goal in Sunday's game, but he was also all over the place in getting opportunities. He's been a dangerous player that gets to scoring areas and can find the net in a variety of ways. 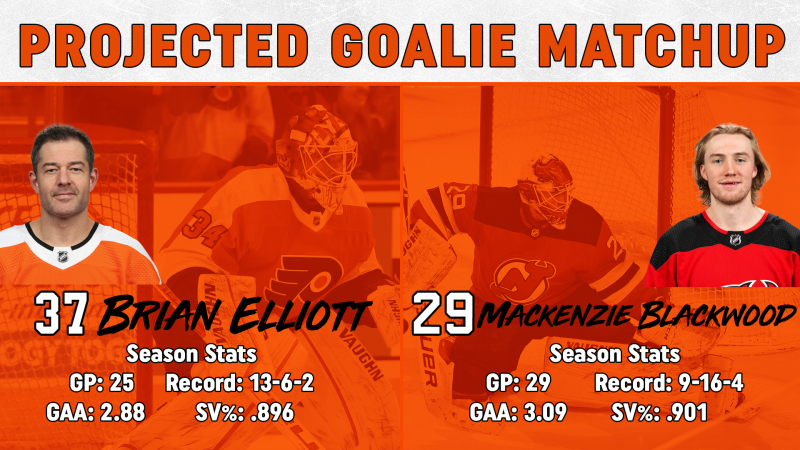 Brian Elliott is gets another start after finishing strong against the Devils in a shootout win on Sunday. Elliott earned another victory in his last start, improving his total to 13 on the season as he continues to be a viable backup option that may just get the bulk of the starts the rest of the way this season.

Mackenzie Blackwood goes back in goal for the Devils. Blackwood played a solid game until the Flyers struck for two quick goals in the final two minutes of the third period on Sunday. He allowed three goals in six rounds of the shootout, prolonging the Devils winless streak and his own personal winless streak. 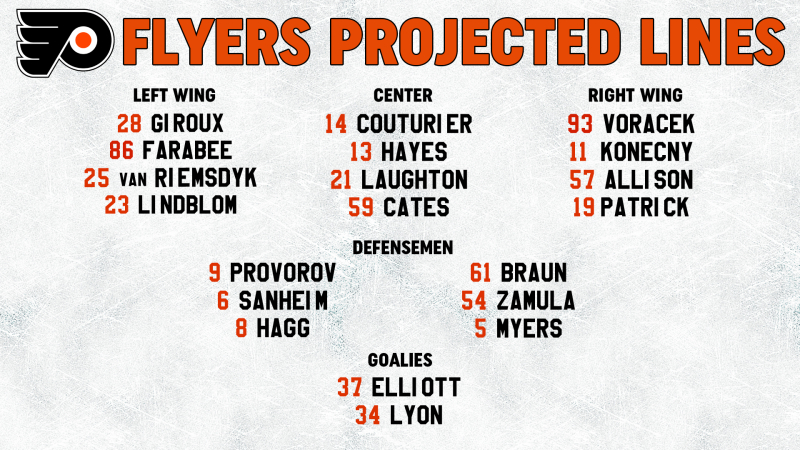 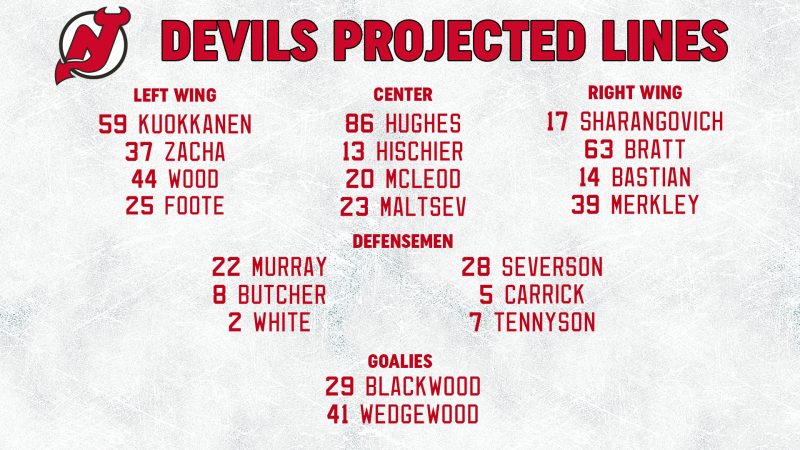