Eagles Flyers Phillies Sixers About Us Write For Us
Previous month:
March 2021
Next month:
May 2021 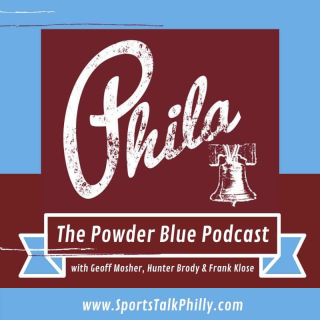 After Four Others Fail, Phillies Turn to Odubel Herrera 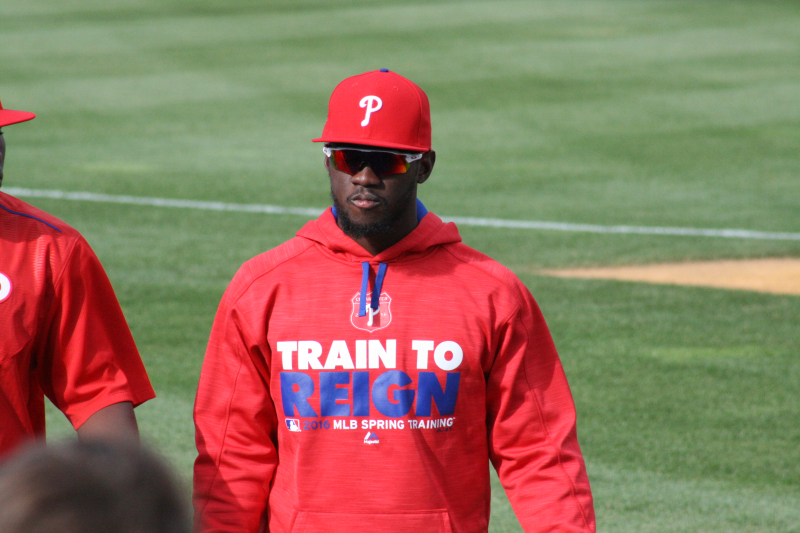 At the end of Spring Training, the Phillies left Odubel Herrera in Clearwater.   Herrera was not among those who made the Opening Day 25-man roster.  With 40-man roster spots at a premium, and with as many as four other options with upside in center field already on the roster, the Phillies saw no need to go to Herrera.  Then, all of those four options failed to give the Phillies a reliable center field presence at bat.

The Phillies added Odubel Herrera to both the 40-man and 25-man rosters on Monday afternoon.

Let us recap why it came to this:

So here we are.

This is the same Herrera who Phillies manager Joe Girardi called "inconsistent".   Herrera batted just .231 in Spring Training.    While that production, if carried on in the major leagues without at bats from Double-A talent in the Grapefruit League, would be better than what the Phillies have gotten from the position, it's still not good enough.

It's almost two years since Herrera saw major league pitching on a regular basis.   Will he bat .231?  Will that be okay?  Will his defense - which was poor enough to warrant a move to right field for nine games towards the end of the season - be good enough in center?

There are many questions that remain about Odubel Herrera the baseball player.  After four others couldn't help, it was next man up and that was Herrera.

If Herrera fails? That'll likely be it for him as a Phillie.  Travis Jankowski is probably next.

The Union will be looking to end their recent run of disappointing results against Atlanta United in the first leg of the CONCACAF Champions League quarterfinal on Tuesday.

Coming off of a goalless draw against Columbus Crew and a 2-1 loss to Inter Miami CF, the Union have not been putting on strong performances as of late. They’ve only scored once in two league games, and have fallen victim to rather elementary defensive mishaps, but their dominance over Deportivo Saprissa in the CCL round of 16 is encouraging for this fixture. One could argue that the less-than-ideal league record is a result of the Union focusing more on the CCL than MLS—a rookie mistake for a team that has never had to focus on competing in two different competitions before. That being said, Saprissa might not exactly be the powerhouse that Atlanta is, but a 5-1 aggregate score is nothing to sniff at. The Union will be hoping to deal out another cohesive, comfortable, and calm performance against Atlanta.

It’s not an insurmountable goal, either. Of the seven times the Union and Atlanta have faced off against each other, the Union have only won once and tied twice, but, and this might be a controversial statement, that doesn’t mean much. The Union are not the team they were in the past. They’ve learned, they’ve grown, and they’ve prospered past the obscurity that once burdened their shoulders. Don’t count out the Boys in Blue—they absolutely stand a chance at beating Atlanta if they can get their act together.

Score Prediction: It’ll be a close game. Obviously, both teams want to pull ahead on aggregate, and will want to do so by as big of a scoreline as possible. While their recent caliber of play won’t be enough to beat Atlanta, the Union certainly won’t go down easily. They’ll fight to the final whistle, but I’m seeing a 2-1 loss for this game.

Two weeks from today, the Flyers will be preparing to play in their final game of the 2020-21 season. That isn’t mathematically official yet, but it is essentially a given.

Logically, there appears to be no path for the Flyers to make the playoffs at this point, and if you watch the overall quality of play on the ice, you see a team that may be able to survive games against the Devils, Sabres, and perhaps the Rangers, but doesn’t stand near as much of a chance with the true class of the East Division.

On this night, it looked like another dismal performance, just another game of going through the motions. That was until the final two minutes, when the captain of the team willed them to a comeback, eventually ending with a 4-3 victory following a six-round shootout.

The YWT Podcast is back and there's a little bit of everything. There's some general NHL talk looking at the playoff races. Flyers topics include Nolan Patrick, Wade Allison, Ivan Provorov and more.

Kyle Collington and Kevin Durso discuss it all, looking at a week with the Devils and other playoff races happening around the league.

The Flyers season has come to this, a week-long series of four games against the New Jersey Devils, two teams headed for the offseason in two weeks. At least the Flyers were able to make things a bit exciting in closing.

After playing deep into the third period with relatively uninspired play, two quick goals by the captain turned the game around and forced overtime. Following the overtime, Kevin Hayes scored the game-winning goal in the sixth round, giving the Flyers a 4-3 come-from-behind win over the Devils on Sunday night at Wells Fargo Center.

Week 2 of the 2021 MLS season sounded easy enough for the Union—home opener against a team that was getting off to a slow start in their second season while on a four-game undefeated streak. However, this game turned out to be one the Union would like to forget as they fell 2-1 to Inter Miami. Let’s recap.

The Union began the game in control offensively, but, much to their disadvantage, their shots lacked accuracy. Out of five total shots in the first half, the only one on goal came from a Jakob Glesnes header in the 16th minute. To their credit, the defense had a handle on Miami’s offense, confining the Herons to a single shot on goal in the first half, a chance from Robbie Robinson that glanced off of the crossbar.

The second half saw a more lively start from the Union, which paid off in their first goal of the season, courtesy of Jamiro Monteiro. Despite taking the lead, the offense didn’t let up, as the Union continued searching for an insurance goal as the half progressed.

Unfortunately, the defense is where things got sloppy. Miami equalized in the 73rd minute, thanks to a free kick from Frederico Higuain finding his brother Gonzalo Higuain. This equalizer seemed to light a fire under both teams, who were intent on not repeating their disappointing results from Week 1 (in which neither team collected the three points they were hoping for). Much to the Union’s chagrin, it would be Miami that would snag the game-winning goal, an 83rd minute effort from Frederico Higuain.

In his post-game presser, Union manager Jim Curtin described the overall match as a “good performance” from his team, but acknowledged that the tiny slip-ups were the downfall for the Boys in Blue.

“At 1-0, I thought the group pushed and was comfortable and I thought was counter-pressing well and was defending well as a team,” Curtin said. “It’s the small plays and the little margins that make a difference. It’s been a while since one has gotten away from us like this.

The Main Takeaway: No game is in the bag. The Union have to focus on both MLS and the CONCACAF Champions League this season, which does put them at a disadvantage to teams that only have to focus on MLS (like Miami). That’s not to suggest that the Union aren’t capable of being successful in both competitions, but this is the first year that they’ve had their fingers in multiple pies. They need to find a proper balancing act between the league and the CCL, and they need to treat every game like a final. The Union have something to prove now—there really is no room for complacency. 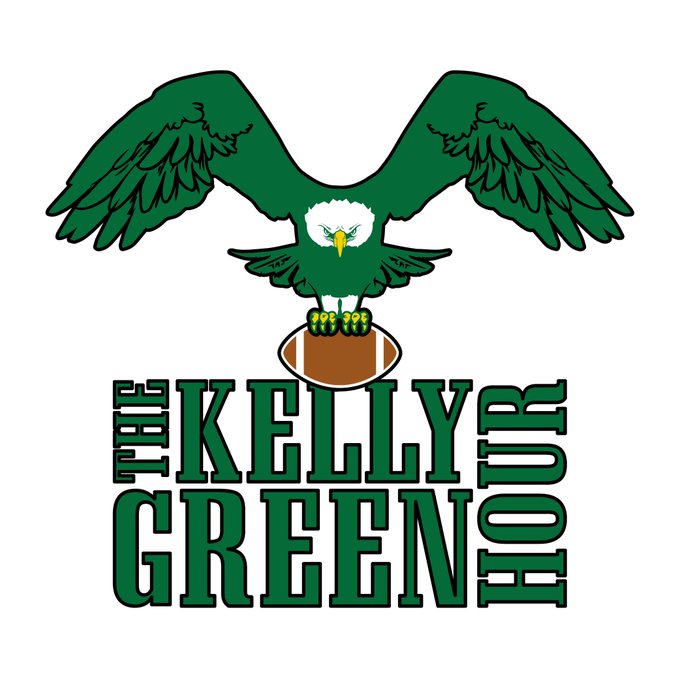 LJ (@ljharrell54) and Connor (@connorten) are back doing their best, or maybe worst, Howie Roseman impression by delivering their second annual Philadelphia Eagles Mock Draft. The two give their picks for all 11 Eagles draft picks for the 2021 NFL Draft.
Make sure to rate and review the show wherever you listen and check out our partners and all their content over at Sports Talk Philly, @sportstalkphl on Twitter and sportstalkphilly.com on the web!

The end of the 2020-21 season is closing in. Nine games remain for the Flyers, as they bring a disappointing season to an end.

Five of those nine games, including the next four in a row, will come against the New Jersey Devils, who come to Philadelphia on Sunday night for the first game.

Fans’ Free-Agent Picks for the 2021 Phillies

During the offseason, the Philadelphia Phillies faithful had no shortage of preferences for the bottom two rotation slots. And even after Dave Dombrowski, president of baseball operations, had inked two starters, some voiced disappointment for the hurlers who signed elsewhere. Their if-only thinking!

Some Phillies fans will always expect more from regulars, relievers and every-fifth-day moundsmen. But if you’re the counted-on player for a solid 162, you’d put in hours with the determination to succeed, no? Well, their talent and effort will frequently fall short of their expectations.

Because some locals are micro-analyzing performances after 20 games, how would they rate their preferences for the five-man staff? Remember, the hurlers you wanted were James Paxton, Chris Archer, Corey Kluber, Adam Wainwright and/or Taijuan Walker.

Currently, some believe Matt Moore is already unacceptable, and Vince Velasquez --who had disappointed some locals after his first relief appearance-- replaced him for one outing. But some fans probably already considered the start would be an unsatisfactory performance beforehand.

The Fightins spent $11 million for Chase Anderson, Moore and Velasquez. As for locals’ preferences, those starters received contracts from $6.5 million to $11 million each for this campaign. However, Walker’s deal was $23 million for three summers or $7.7 million AAV (average annual value).