The Philadelphia Union kicked off the 2021 MLS season on Sunday, Apr. 18 against Columbus Crew in a historic match that saw last season’s MLS Cup Champions and Supporters’ Shield winners play each other on Opening Day for the first time in MLS history. The game ended in a scrappy and deserved, if disappointing, 0-0 draw, most likely due to both teams participating in the CONCACAF Champions League earlier this week. Let’s recap.

Manager Jim Curtin stayed true to what’s been working for him, playing the same starting eleven for the third consecutive match. Two-time MLS Goalkeeper of the Year Andre Blake started in net, naturally, with defensive mainstays Kai Wagner, Jack Elliott, and Jakob Glesnes in front of him. New signing Leon Flach got another look in midfield, joined by captain Alejandro Bedoya and Jamiro Monteiro, while Anthony Fontana and prolific striker Kacper Przybyłko up front.

The Crew got the first scoring chance of the game when Luis Diaz forced Blake to make a save early on in the first half. The Union quickly responded when Przybylko got a header off of a corner kick, but Crew goalie Eloy Room made a diving save to keep the game scoreless.

Trouble started brewing when a collision between Glesnes and Pedro Santos initially drew a penalty for the Crew in the 37th minute, but the Boys in Blue narrowly escaped when VAR overturned the decision, instead awarding the Crew a free kick from just outside the 18-yard box, which Blake saved.

The Union were able to hold the majority of possession once the second half started, leading Bedoya making a shot that would ricochet off the far post. A scoring chance for the Crew would come from an Artur header in the 83rd minute, which sent Blake into a trademark spectacular save. Bedoya got another good chance after rocketing the ball from quite the distance in the 88th minute, but Room was able to save it without much trouble.

In quite the undisciplined match, both teams saw more fouls than shots, accumulating 30 fouls and six yellow cards between them.

MAN OF THE MATCH: Undoubtedly Blake. Without his signature superman saves, constant communication with his defense, and poised, levelheaded presence in front of the goal, the Union could’ve easily lost this game. It goes to show why he’s considered one of the (if not the) best goalies in the league—without Blake in front of the net, the Union would have a significantly worse record than they actually do.

The Union will return to play on Saturday, Apr. 24, facing off against Inter Miami CF in their home opener. 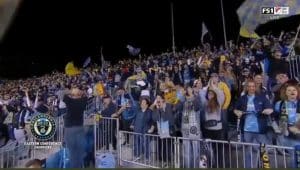 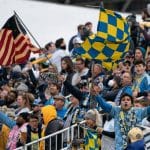