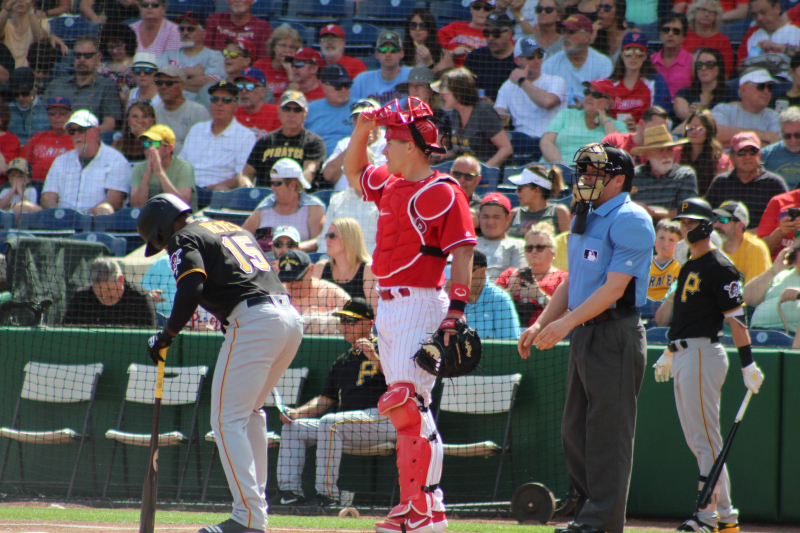 The Phillies have been without catcher J.T. Realmuto since Saturday, when he took a pitch to his knee.  Since then, Realmuto has been listed day-to-day and the Phillies have carrying a third catcher in Rafael Marchan in hopes of Realmuto re-joining the lineup soon.  Despite their best efforts, the Phillies will place Realmuto on the 10-day injured list.

During a Zoom call with reporters, including Matt Breen of the Philadelphia Inquirer, Phillies manager Joe Girardi announced the injured list stint.

Taking Realmuto's place on the roster is outfielder Matt Joyce.  Joyce has been on the 10-day injured list since May 5 with a calf strain.

Last night, Chase Anderson was seen in the Phillies bullpen.  It was not just for protection from a team that scratched starter Vince Velasquez at the last minute and needed innings.  It apparently was because he has lost his spot in the starting rotation.

Girardi also announced that Spencer Howard, the team's top prospect, would be called up to start on Saturday.

No corresponding move for Howard has been announced yet.  Should Velasquez need to be removed from the starting rotation, beyond missing Thursday's start, he could be moved to the Injured List and Matt Moore or Anderson get to start.  If not, then the Phillies will have to make another move.