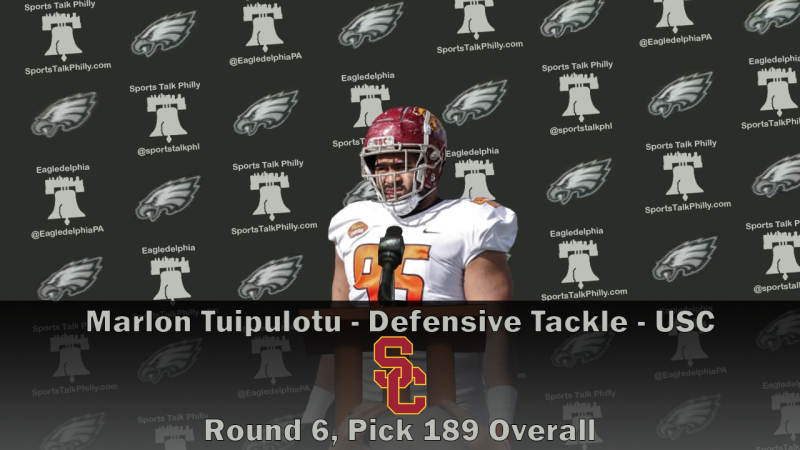 First, the team looked inside to Marlon Tuipulotu out of USC.

Tuipulotu offers quality run defense, but does not figure to be an every down player due to his limitations with pass rush.

In the past three seasons (one season of only five games), he tallied 104 tackles (15 for loss) and did manage 8.5 sacks with three batted passes and two forced fumbles. 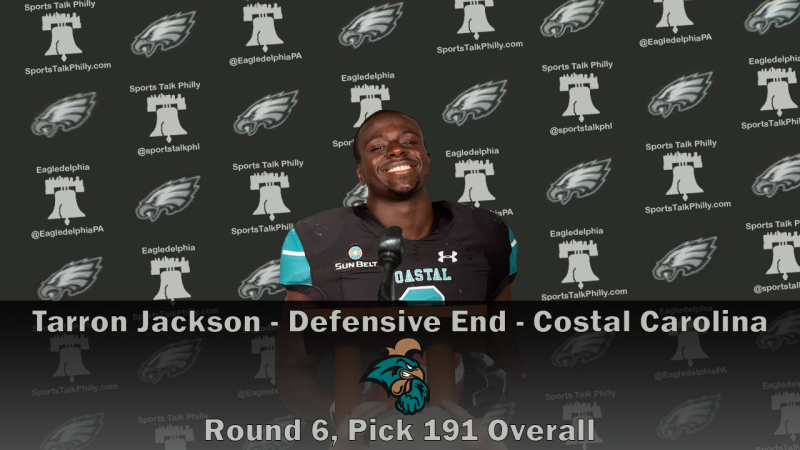 Turning to the outside, Costal Carolina's Tarron Jackson.

Jackson is a lottery ticket.

Although he has incredible numbers (188 tackles, six forced fumbles, 24.5 sacks and 42 tackles for loss over the past four seasons), he is not a standout athlete. The concern is that he only had those numbers due to the inferior competition at the Sun Belt and a poor performance at the Senior Bowl did not help to east that theory at all, pushing him to the sixth round.

One game against that level of competition could have led to a faulty conclusion, however; that'll be what the Eagles are hoping is the case here.


Click Here To Read About The Eagles Round 1 Selection

Click Here To Read About The Eagles Round 2 Selection

Click Here To Read About The Eagles Round 3 Selection

Click Here To Read About The Eagles Round 4 Selection

Click Here To Read About The Eagles Round 5 Selection