Eagles Flyers Phillies Sixers Union About Us Write For Us
Here's to Looking at You, Kids: The Future of Young Talent in the Union's Academy
Phillies Outright Scott Kingery Off of 40-Man Roster 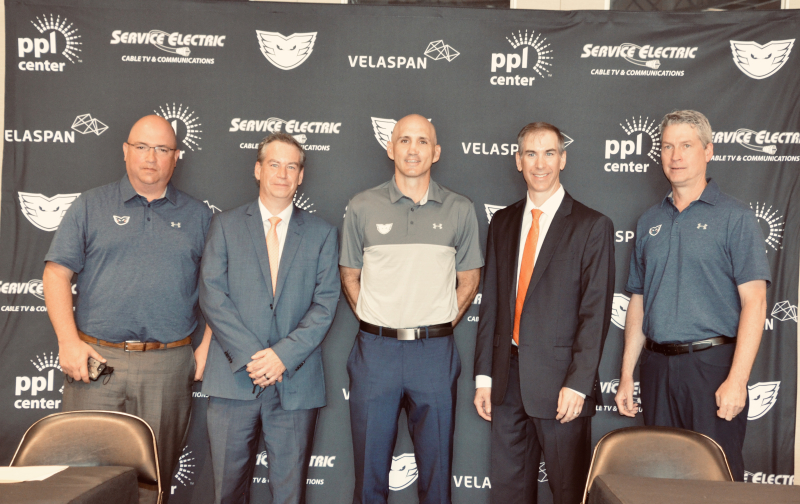 To this point in the offseason, the only piece of significant Flyers news was the mutual parting of ways between the organization and Lehigh Valley Phantoms head coach Scott Gordon. Until the playoffs come to a conclusion and the rest of the league is both entering their own offseasons and significant offseason events like the expansion draft take place, there will likely be limited activity.

“I know what kind of guy I am. That’s not going to change,” Laperriere said Monday. “I’m going to be the energy guy who’s going to bring life at the rink every day and going to make sure we’re on the positive side. I think that’s what the young guys need. They need a leader that’s going to direct them towards the right direction. To find a chair for those guys, especially those young guys coming up from juniors that just don't know what kind of player they should be as a pro. When you get to this level, everybody was pretty good in junior or in college.  I feel like my job and my staff’s job is going to be to find the right chair for those guys to be successful for the Phantoms. And if they are successful with Phantoms, they can move to the next level.”

“He’s about as honest as they come, he’s emotional, he’s energetic, he’s full of passion and full of life,” GM Chuck Fletcher said on Monday. “I don’t know that I’ve yet to meet anybody that doesn’t respect or like him. He just has that innate ability to connect with people and I think the players will want to play very hard for him.”

Both Fletcher and Laperriere confirmed that a search is underway for assistants at the AHL level. The team would like to hire two assistants to coach alongside Laperriere with the Phantoms. In addition, Fletcher also confirmed that the Flyers will hire a replacement at the NHL level for Laperriere's role. Those searches are likely going to ramp up as more potential candidates become available closer to July.

Laperriere becomes the 11th head coach in Phantoms franchise history and third since the team moved to Lehigh Valley. Laperriere has served as an assistant coach of the Flyers for the last eight seasons, moving behind the bench starting in the 2013-14 season. He had served previously as the Director of Player Development from June 2012, when he officially announced his retirement as a player.

Laperriere also spent the 2009-10 season with the Flyers as a player, appearing in all 82 regular season games and recording three goals and 17 assists. He also played in 13 games that postseason, as the Flyers reached the Stanley Cup Final.

Laperriere suffered a concussion after taking a puck to the face in Game 5 of the Eastern Conference Quarterfinals against the New Jersey Devils that postseason. He did return later in that postseason, but missed the entire 2010-11 season due to the injury. Later that year, Laperriere was awarded the Bill Masterton Memorial Trophy for perseverance, sportsmanship, and dedication to hockey, becoming the third Flyer to ever win the award.