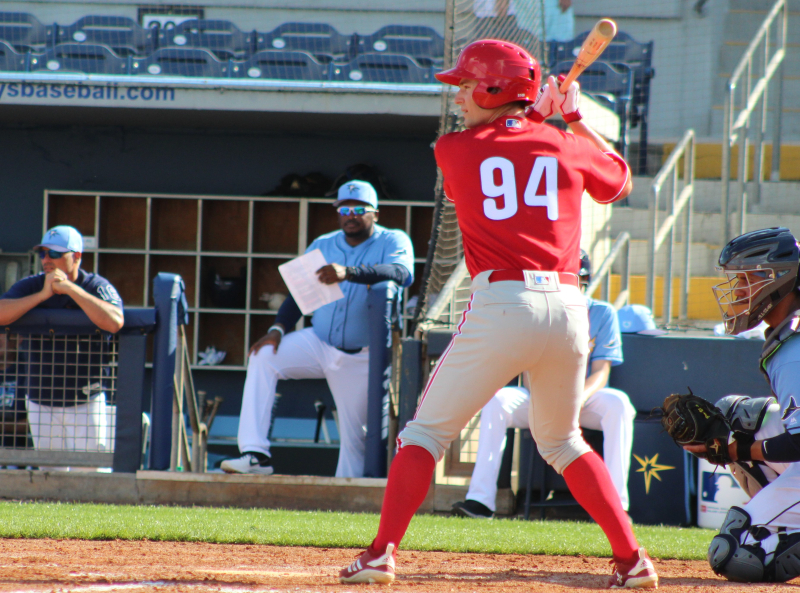 While he appears number 29 on the MLB Pipeline Top 30 Prospects, Luke Williams has never been considered a top prospect in the Phillies system.  It's rare to have someone on that prospect list be listed as a utility player.  But Williams is, and that's likely why he is headed to Philadelphia.

The Phillies announced on Tuesday that they have purchased the contract of Williams from Triple-A Lehigh Valley, and he was added to the 25-man and 40-man rosters.

Williams replaces shortstop Nick Maton, who was optioned to Triple-A on Monday.  Maton had a hot start for
Phillies, but was really struggling upon his return to Triple-A.   Maton had not picked up a hit dating back to May 18, going 0 for 20 in the process.

The MLB Pipeline profile of Williams shows he can help a team defensively around the diamond:

Williams truly is a jack of all trades defensively, having played every spot, except on the mound and behind the plate. He’s shown he’s capable at all of them, with enough arm for the left side of the infield or corner outfield spots and enough speed and range to handle center field or the middle infield.

Williams is also a right-handed bat, which should help balance the Phillies much more.

These numbers took place before Williams joined Team USA and helped them qualify for the 2021 Summer Olympics in Toyko.  On a roster that included some well-known veterans such as Matt Kemp and Todd Frazier, Williams led the team in hits, going 8 for 18 in the tournament.

Matt Breen of the Philadelphia Inquirer noted that players who are not on a team's 40-man roster are eligible for Team USA.  A promotion would take Williams out of the running to participate in the 2021 Summer Olympics.

Even though Dave Dombrowski mentioned yesterday that Adam Haseley would need a 40-man roster spot at the end of the week, the Phillies still made this move, meaning a separate 40-man roster spot will have to be opened for Haseley.  Stay tuned.