Eagles Flyers Phillies Sixers Union About Us Write For Us
2021 Phillies: Acquiring a New Closer
Flyers Get 13th Overall Pick in NHL Draft 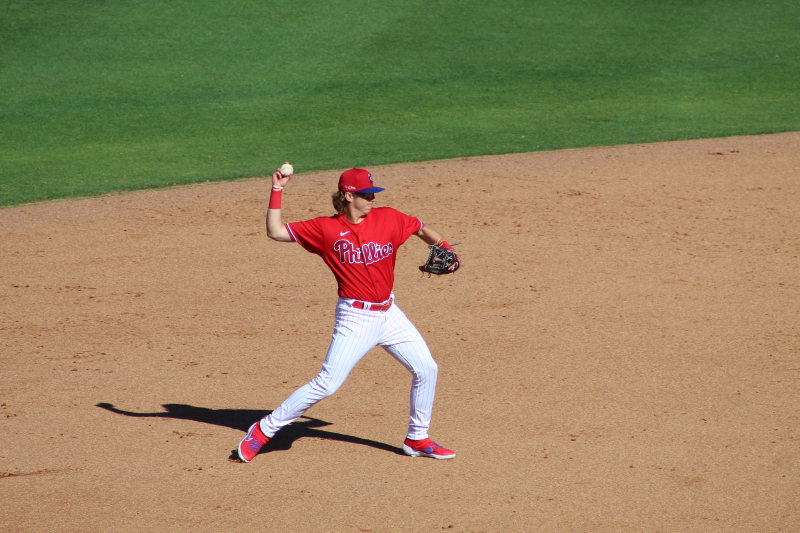 The Phillies selected infielder Bryson Stott with the fourteenth overall pick in the first round of the 2019 MLB Amateur Draft.  However, thanks to COVID and the 2020 minor league season not taking place, Stott has yet to play in full-season minor league ball.  Stott was assigned to the High-A Jersey Shore BlueClaws to start the 2021 season and already he is on the move.

BlueClaws SS Bryson Stott, who led the High-A East League with a .453 OBP in May, has been promoted to @ReadingFightins. Congrats, Bryson, and all the best! #Phillies
📰: https://t.co/VQo4sdAHx1 pic.twitter.com/lPZ2RwBrF3

While Stott has been hot with the bat, his glove is going to be something the Phillies will focus on.

Drafted as a shortstop, Stott remains listed at the position.  However, in Major League Spring Training and in six games for the BlueClaws, Stott played second base. There have been some long-term questions about where Stott will end up with the Phillies upon his call-up to the major leagues.

The Phillies have Jean Segura and Didi Gregorius both signed through 2022, but as 2021 injuries have been a challenge up the middle, Stott's call could come sooner.  The Phillies will continue to evaluate his defense at Double-A.

Overall for the BlueClaws, Stott batted .288 with five home runs and 10 runs batted in.

Stott is ranked as the number two prospect on the MLB.com's Pipeline, behind last year's first round pick, Mick Abel.   At 23 years old, Stott could move quickly through the Phillies system.