Eagles Flyers Phillies Sixers About Us Write For Us
Eagles Trade QB To Jets
Week 32 Preview: Union vs. Toronto FC 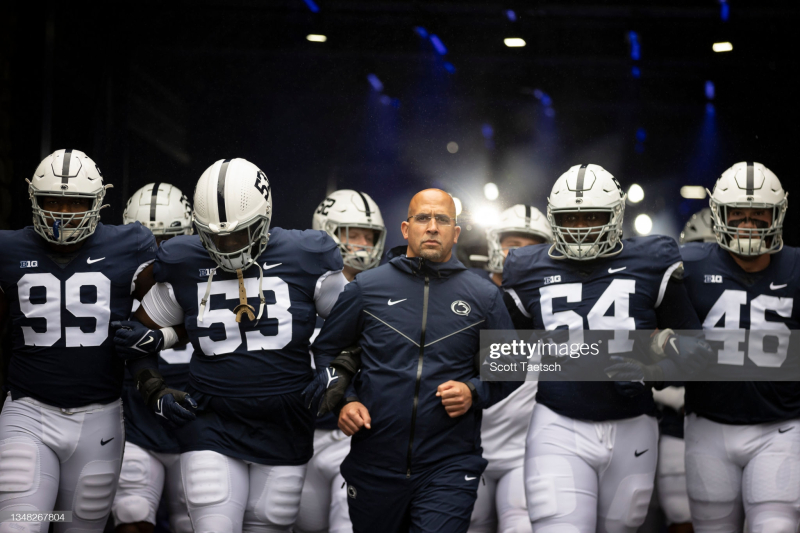 STATE COLLEGE, PA - OCTOBER 23: Head coach James Franklin of the Penn State Nittany Lions leads the team onto the field before the game against the Illinois Fighting Illini at Beaver Stadium on October 23, 2021 in State College, Pennsylvania. (Photo by Scott Taetsch/Getty Images)

Well, folks, the timing of this one is certainly interesting.

Rumors have been swirling for a few weeks that James Franklin is one of the top names for the opening at USC and LSU.  Amid these rumors, Franklin has moved on from long-time agent Trace Armstrong to powerhouse agency CAA and super-agent Jimmy Sexton according to Football Scoop.  Sexton’s clients include some guy named Nick Saban, Steve Sarkisian, Kirby Smart, Lane Kiffin, Steve Spurrier, and others.

That’s a who’s who of SEC talent right there.  And the timing of the move and reports certainly makes you go “hmm.”

Franklin was asked about the change during his weekly press conference.

“I’m completely focused on our season and our team and finding a way to beat Ohio State and be 1-0 this week,” Franklin said. “I’m not going to get into details, but what I will tell you is this is being reported now, but this is something that happened over the summer.”

Okay, fair enough, your new powerhouse agent, who happens to have a BatPhone to every SEC athletic director just happened to leak the news of the summer change.

But what about that commitment to Penn State:

“I’ve been asked this question multiple times and my focus is completely on Ohio State and this team and this program,” said Franklin. “I think I’ve shown over my eight years my commitment to this university and this community.”

While that quote will play well with the general fanbase and the national media, it won’t sit well with diehard fans who are already not keen on Franklin’s future in Happy Valley.  It’s those diehards that donate the money to make Penn State an elite destination for college football players.  You want to keep them happy at all costs.

Franklin’s vague commitment to Penn State is going to create fuel for opposing coaches who are trying to poach players committed to the Nittany Lions.  Penn State has the number one recruiting class according to ESPN.

The next month will be interesting for the Nittany Lions, in addition to the coaching drama they have three games against teams currently in the AP Top 25, no. 5 Ohio State, no. 6 Michigan, and no. 8 Michigan State.  Penn State could lose all three of games and go from a potential college football playoff berth to a disappointing 7-5 season.