While many Philadelphia Phillies faithful imagine the most competitive club possible, they flock to articles that indulge reasons why each acquisition is possible, but combining them is a different and harsh reality. And what is the difference between theae all-in preferences and the exec’s moves? The cost!

Dave Dombrowski, Phillies POB (president of baseball operations), has extremely difficult work ahead with roster construction, but some expect it to be easy and fast. Yes, they will be ready for the panic button in mid-November despite the absence of a new CBA (collective bargaining agreement) before Dec. 1.

Based on POB Dombroski’s 40-minute presser, he wants a center fielder, a leadoff man, a closer, and a right-handed middle-of-the-order bat; so, I list the names he mentioned to construct financial parameters. He --directly and indirectly-- included Didi Gregorius, Alec Bohm and Odubel Herrera on the roster.

The general practice recently for big-market teams except for the Los Angeles Dodgers and New York Yankees is to exceed the CBT by up to $20 million for no more than consecutive seasons for a 20 percent and 30 percent tax respectively. Then, they slide under the CBT to reset the penalty but remain competitive.

The offseason is a time for an MLB organization to review their strengths, weaknesses and limitations. Meanwhile, many supporters are doing the same with only their shortcomings, glaring or otherwise. But these armchair GMs want to plug every hole to compete for more than just a playoff appearance.

For the fireman, Iglesias would be the top pickup at $14 million AAV, plus center fielder and leadoff hitter Marte would cost $14 million AAV with a five-summer pact. Plus Dombrowski had these three areas atop his to-do list, which he can do with two signings.

As they are with any additions, these hole-filling fans will turn to a what’s-next mentality. Sometimes, it’s even before the new star signs his name on the contract. And, presently, the left side of the infield stands out like a lighthouse beacon at midnight: a third sacker and a shortstop.

At short, Gregorius’ AAV is $14 million, and any franchise would wait until the Phils cut him to only pay him the minimum of $580 thousand left on his deal --like the Miami Marlins. But if Gregorius still has difficulty, Galvis will handle the job if Bryson Stott needs three months at Triple-A. Why rush him?

Some won’t like Dombrowski’s shortstop approach. To illustrate, they feel one of the free agents will be a fit despite blocking Stott. But Javier Baez and Carlos Correa are in the $200-300 million range, and Trevor Story would run $25 million AAV due to his track record and his $18.5 million contract for ‘21.

At the hot corner, the POB stated he will live with Bohm if he provides solid offense, and new Phillies hitting coach Kevin Long is currently working with him in Clearwater. Plus Bohm had arrived at the Carpenter Complex last January to work on his fielding, and it was better than management expected.

Here, many have already written Bohm off and are eying Kris Bryant for $25 million after he had earned $19.5 million in 2021. With $40.3 million AAV, can the red pinstripes afford $25 million for Bryant? Yes, or they can also have $15.3 million left after inking Story for $25 million.

For left field, Dombrowski mentioned Herrera can hit lower in the batting order, and the POB remarked about needing a leadoff man and a center fielder. But even though he hit .301 with seven homers in August and September while going four for 12 with two doubles in Atlanta, some want to move on from him.

Swinging right-handed, Nick Castellanos is a corner outfielder and a heart-of-the-lineup bat, plus he will probably opt out of the $34 million and two campaigns remaining on his current agreement. Ergo, $20 million each for three seasons is under the $40.3 million also.

Neris, Alvarado and eventually Dominguez will be in the setup roles, plus Brogdon and Coonrod will work the fifth and sixth innings. With a closer making six arms, Bailey Falter, JoJo Romero, JD Hammer, Hans Crouse, Kyle Dohy or Adonis Medina will compete for two slots: mopup and/or long relief.

However, many fans will want another back-end reliever, and Kendall Graveman’s recent estimate is $8 million for each of three years. Of course, $8 million for a backup closer isn’t $20 million off the $40.3 million AAV, and the Phillies would have four setup pieces.

Individually, none of the stars exceeds the $40.3 million AAV, but Iglesias, Marte, Herrera and a second young reliever would cost $40.1 million AAV total or $4.8 million AAV over the anticipated $212 million CBT. But if you can’t fix everything, do what you normally do after a dream. Wake up!

Focusing on Center Field for 2022 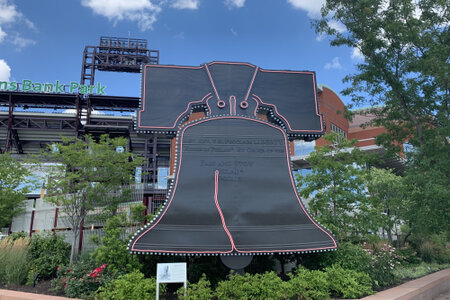