Eagles Flyers Phillies Sixers About Us Write For Us
Rod Carey Out as Temple Football Coach
Report: Phillies Are "Linked" to Free Agent Kris Bryant

Could Citizens Bank Park See a Drive Into Deep Left Field by Castellanos?

The MLB Hot Stove is particularly active on Monday morning.   Much more so than the typical November 29th.   That is because December 1 marks the expiration of the collective bargaining agreement between MLB and the MLB Players Association.  So expect many more moves in the next 48 hours.

The Phillies rumor mill has been rather quiet so far.  But Monday morning, Jon Paul Morosi of MLB.com was up early with this nugget about free agent outfielder Nick  Castellanos:

Source: The #Phillies have had recent contact with reps for free agent Nick Castellanos. Of note, Dave Dombrowski was #Tigers President/GM when Castellanos was Detroit’s top pick in 2010. @MLBNetwork @MLB

Of course, simple familiarity does not necessarily benefit the Phillies.

Castellanos is coming off one of his most productive seasons yet.  A 2021 All Star, Castellanos batted .309 while hitting 34 home runs and driving in 100 runs.  His OPS of .939 was good for fifth in the National League.

Taylor plays all over the diamond, and presumably the Phillies are interested in Taylor in center field.

Taylor was also a 2021 All-Star, and has been a key component of the recent success of the Los Angeles Dodgers.  The Dodgers lineup has been filled with moveable parts such as Max Muncy and Cody Bellinger, allowing Taylor to play all three outfield positions, third base, second base, and shortstop in 2021.    Taylor also hit 20 home runs and drove in 74 runs while batting .254 and getting on base at a .344 clip. 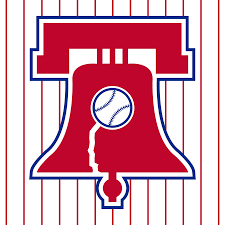