The Flyers have faced the situation they will enter on Saturday night six times already this season. They come into the final game of a three-game homestand off a shootout loss to the Lightning. They have yet to lose back-to-back games this season.

It is a show of resilience, especially considering some of the opponents they have faced so far this season. This is another of those situations, as the Flyers welcome the Boston Bruins back to Philadelphia for the second time this season. 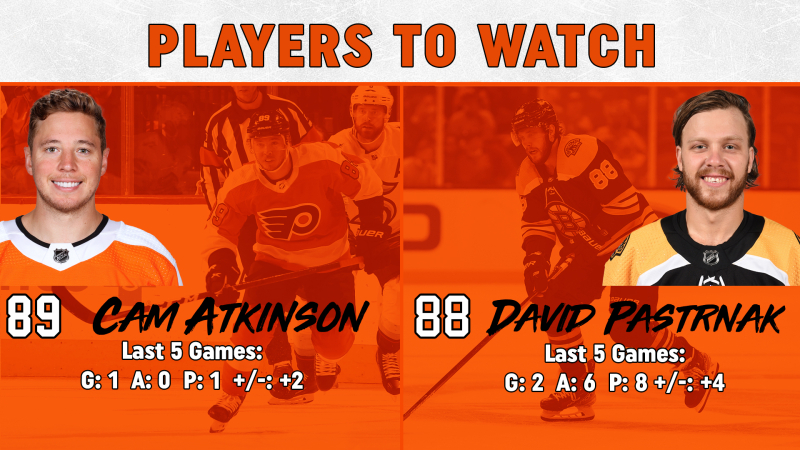 Last time these two teams met, Cam Atkinson struck for two goals, including the game-winner in the third. He has just one goal in his last 10 games, Tuesday night's game-winner in overtime.
David Pastrnak is starting to find his groove. He is on a five-game points streak entering Saturday's game with two goals and eight points in that time. In the eight games prior, Pastrnak only scored two goals and had five points. Pastrnak also has outstanding career numbers against the Flyers with 15 goals and 26 points in 23 games. 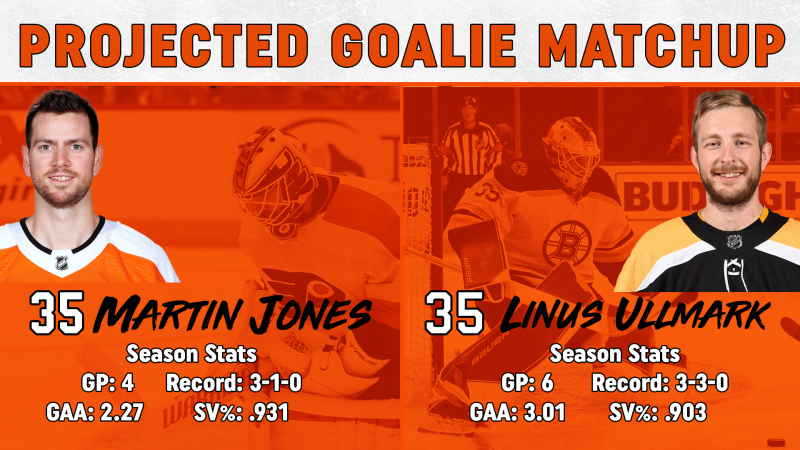 Martin Jones gets the start for the Flyers. Jones last played a week ago in Dallas, making 26 saves on 30 shots in the loss. While this is just his fifth start of the season, he has faced the Bruins, making 37 saves in a win on Oct. 20.

Linus Ullmark will get the start for the Bruins. He last started on Nov. 11, allowing five goals on 28 shots to the Oilers in a loss. Ullmark has also last three of his last four starts. 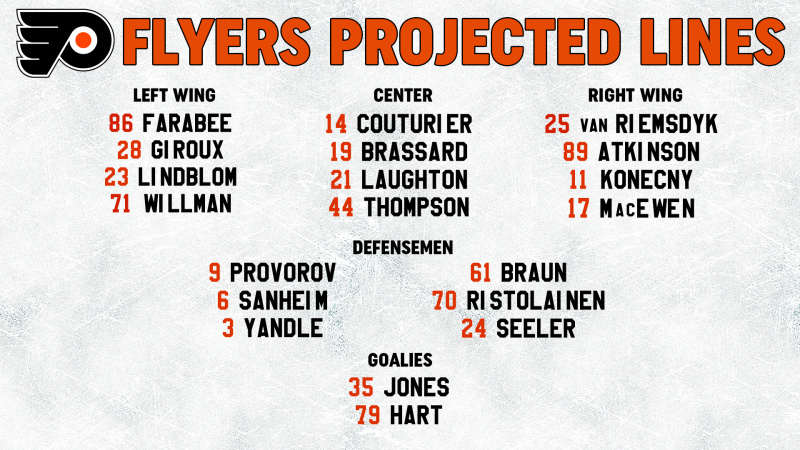 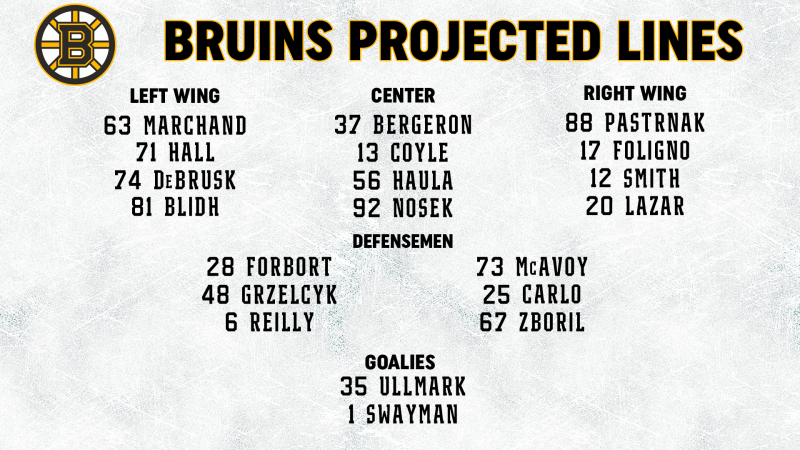