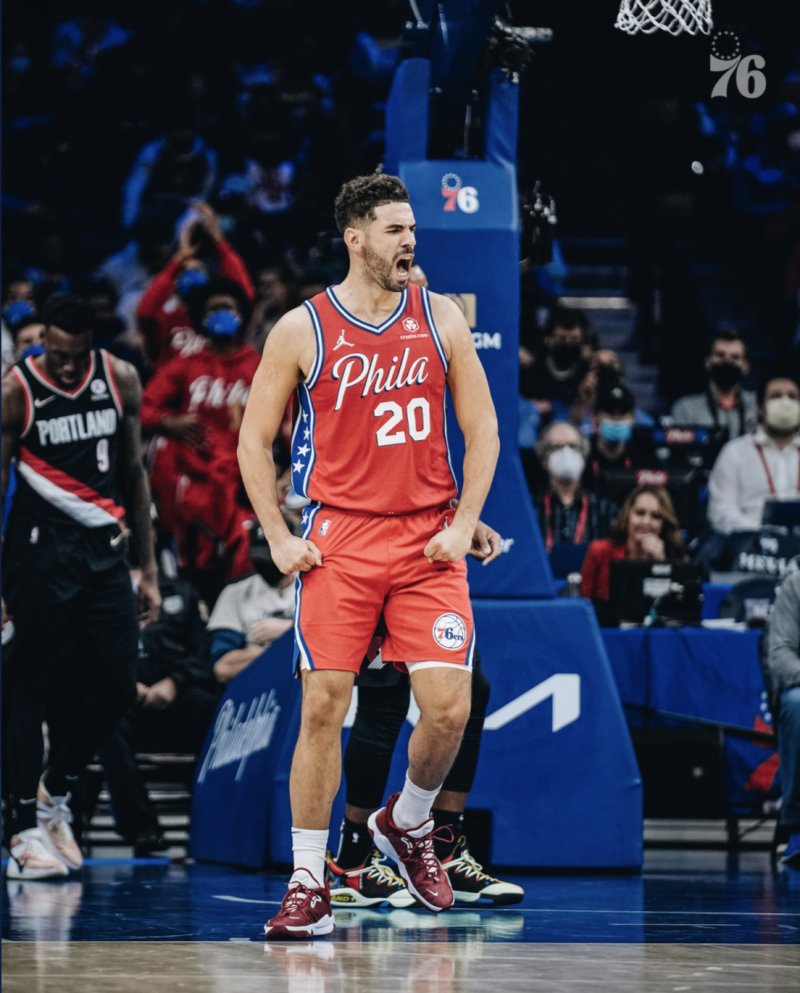 Nobody batted an eye when the Philadelphia 76ers signed Georges Niang to a two-year, $6.7 million contract this past offseason. However, it did not take him long to become a key player in Philadelphia’s rotation and one of the top bench options for head coach Doc Rivers.

Niang made a big impact before even the first game of the season. He brought a veteran presence, and even some comedy, to the locker room when he joked before the season about knowing what his role on the team would be.

“I think I have a pretty good idea,” Niang joked after a training camp practice back on October 18. “Make sure my guy doesn’t get in Joel’s [Embiid] way so Joel can go score, yeah, space the floor.”

Through the first seven games of the season, Niang has proven that he is effective at spacing the floor and providing space for Joel Embiid to work in the paint. He is taking 5.3 threes per game and hitting them at a 43.2 percent clip.

However, he is more than just a player who comes off the bench and bombs threes. Niang is a Swiss army knife, capable of doing many different things on the floor. He can spread the ball around and hit the open man. He has the basketball IQ to know the right pass to make.

He is also capable of rebounding the ball in a pinch. Most importantly, as this diversifies his scoring ability, he can make some plays off the dribble and at the rim on occasion.

He effectively proved his versatility on the floor in a big way in Monday’s 113-103 win over the Portland Trail Blazers. The Sixers needed to receive a balanced team effort especially since they headed into the game without Joel Embiid (rest), Tobias Harris (COVID protocols) and Ben Simmons (personal reasons). Niang stepped up, finishing second on the team with 21 points while making three of his nine shots from beyond the arc and getting to the free-throw line five times. He rounded out his stat line with five rebounds, five assists and a block in a season-high 31 minutes off the bench.

Niang showcased his versatility in many ways against the Trail Blazers. While he is a natural power forward, Niang has the ability to play small-ball center in a pinch. With Embiid sidelined, Rivers went to Niang as a small-ball center at times in the second half.

“Georges is just a heady player," Rivers said. “He's a four, but he can play the five. He brings the ball up a lot, which I think helps our offense, takes pressure off our guards. He (has) constant movement, picks. And then he’s just tough. He’s not scared to get in the fray, and I thought he did that tonight.”

The backup power forward spot in the rotation has been something that the Sixers needed to improve for many years. Mike Scott, at times, was a serviceable option. However, Rivers expressed after the game that he had his eyes on Niang for a while.

Doc Rivers says that during the middle of last season, he called Daryl Morey and told him he should trade for Georges Niang. Says Niang was a target for the Sixers from then until last summer.

Needless to say, the 76ers finally got Niang in the offseason through free agency. Seven games into the season, Niang has quickly made a name for himself in Philadelphia while showing how much of an upgrade he is over Scott.

It did not take long to see Niang showcase his versatility on the floor, something he did not get a chance to do over the past few seasons playing for the Utah Jazz. He is playing an expanded role and has earned one of the top spots in the rotation off the bench. His averages thus far this season are a career-high 10.7 points, 2.1 rebounds and 1.9 assists in a career-high 19.9 minutes per game off the bench.

Niang put together a career night helping the shorthanded Sixers defeat the Trail Blazers. The fans serenaded Niang, uncharacteristically, with chants of 'MVP MVP MVP' when he was at the free throw line in the second half. On Monday night, perhaps he was.