Hurts Runs for Three TDs in Win Against Saints 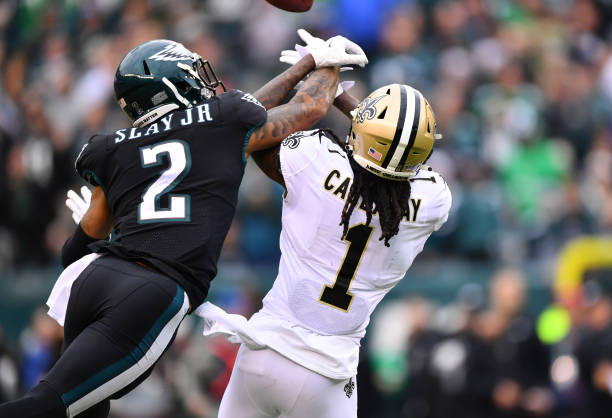 Today’s Philadelphia Eagles game against the New Orleans Saints was a tale of two halves. In the first half, the Eagles looked unstoppable behind an explosive offense and a ball-hawking defense. In the second half, they nearly lost to someone named Trevor Siemian.

Ultimately, the Eagles prevailed 40-29 over the Saints and built upon their momentum from last week's victory against the Denver Broncos. Suddenly, the Birds have a two-game winning streak and a chance at making the playoffs. Wait a minute. How did this happen?

Nick Sirianni. The Eagles first-year head coach has displayed tremendous “coachability” himself during his inaugural season. Over the past two games Sirianni has all but abandoned his unsuccessful, pass-happy offense that marred the first half of the year. Sirianni’s sharp pivot to a balanced rushing attack shows a man willing to adapt and learn. And of all the traits needed to be a successful NFL coach, adaptability might be at the very top. A lesser man would cling to his philosophy at all costs. Siriannia has shown Philadelphia that he prioritizes winning over ego.

Jalen Hurts. The Eagles quarterback had not one..not two…but THREE rushing touchdowns against the Saints. (A single-game Eagles quarterback franchise record.) Hurts currently teeters on the edge of NFL stardom, and remains Fantasy Football gold. Hurts, like Sirianni, has shown an impressive capacity for growth during the first half of the season. Yes, he still makes mistakes. But he rarely makes them twice. Today’s television analysts compared Hurts to former Eagles quarterback and pocket escape artist Randall Cunningham, and the comparison is apt. Hurts displays an uncanny ability to slip tackles and make big plays. One could argue that given Hurts’ durability and growing accuracy, the young quarterback might one-day eclipse Cunningham’s career.

Darius Slay. Is there currently a Philadelphia athlete who’s more fun to watch than Big Play Slay? Last week he scored a touchdown on a frenzied 80-yard fumble recovery. Today he took a nifty interception to the house. Slay is quickly endearing himself to our city because he’s everything that Philadelphia sports fans love. He’s smart, brave, and maybe just a little bit crazy. Slay left the field with an injury in the second half. Hopefully he’ll return soon. It’s rare that a cornerback becomes the heart of a defense. But in Slay's case, he plays bigger than his position.

In the 4th quarter the Saints mounted a comeback that made Eagles fans squirm in their seats. A Birds collapse this late in the game would have been an absolute catastrophe. Fortunately, the Eagles defense made just enough stops to keep New Orleans out of reach, and Hurts was able to move the ball down the field to burn up the clock.

Next week the Eagles continue to enjoy the soft part of their schedule by taking on the NFC East bottom-dwelling New York Giants. Sure, the Eagles have looked great recently against some pretty average teams. But here’s the dirty little secret about the NFL this year. Most teams are pretty average. And the Philadelphia Eagles are maybe, just maybe, starting to look a little special.