The National Baseball Hall of Fame and Museum released the ballots for candidates for the January, 2022 announcement.   Two Phillies that were a key part of the Phillies championship era in the late 2000s/2010s have joined the ballot.   Voters of the Baseball Writers Association of America will now have the opportunity to cast votes for former Phillies shortstop Jimmy Rollins and first baseman Ryan Howard. 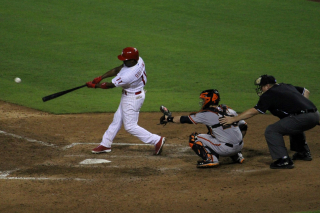 Rollins was a three-time National League All-Star, has won four Gold Glove awards, and was named 2007 National League MVP.  Voters will take note of how complete a player Rollins was; he was known for speed, defense, and power, while have seasons with a strong batting average an on base percentage.  Rollins is the Phillies All-Time hits leader and could be a strong candidate. 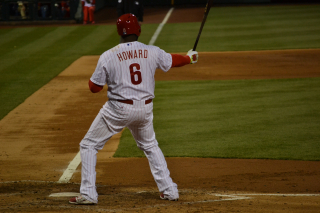 Howard was the 2005 Rookie of the Year and the 2006 National League Most Valuable Player.   In fact, six times Howard finished among the top 10 in MVP voting.  Howard has three seasons of 140 or more RBI in his career.

Former Phillies closer Jonathan Papelbon is also on the Ballot.  Papelbon signed a four-year contract with the Phillies ahead of the 2012 season. Papelbon was traded from the Phillies to the Nationals during the 2015 season, but left his mark in the Phillies record books, becoming the club's all-time saves leader with 123.

Rollins, Howard, and Papelbon join many former Phillies who remain on the ballot, including ]Curt Schilling, Billy Wagner, Scott Rolen, and Bobby Abreu.  Schilling came very close to election in 2021; he received votes on 71.4% of the ballots.  Rolen and Wagner also received strong showings, with 52.4% and 46.4%, respectively.  Abreu received 8.7% in 2021.  A player must receive votes on 5% or more ballots to remain on the ballot.

Winners will be announced on January 25, 2022, with the induction ceremony taking place on Sunday, July 24.