Eagles Flyers Phillies Sixers About Us Write For Us
STP Staff Predictions: Eagles vs. Buccaneers
Injury Report: Eagles at Buccaneers

The Flyers were in a position to potentially get at least one point out of Thursday's game in Boston. After falling behind 2-0 before getting a shot on goal, the Flyers tied the game in the second period and were within a goal for the duration of the third period. Ultimately, the loss was their sixth straight.

The next chance for the Flyers to end that streak comes on Saturday night against the New York Rangers. 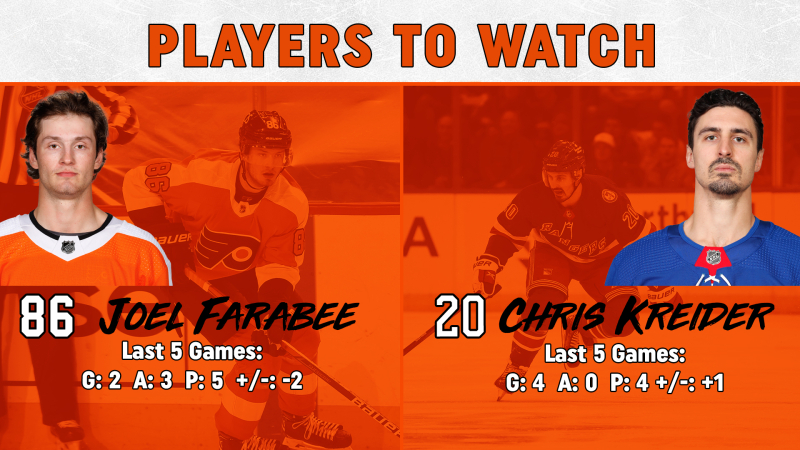 Joel Farabee remained hot with another goal in his last game. It seems that any offense of late comes from him or Cam Atkinson, and the duo is back on the top line again for Saturday's game.
Chris Kreider had cooled slightly in the scoring column with just four goals in his last 13 games before a two-goal game in his last outing against San Jose. That brings his season total to 23 goals, including four in the last five games. Kreider had a goal against the Flyers in their only meeting of the season. Carter Hart gets back in goal for another start on Saturday. Hart was solid in his last game. Despite allowing two goals in the first period, Hart essentially kept the Flyers in the game with 33 saves on 36 shots in the 3-2 loss in Boston. Hart has lost all three starts since his return from COVID protocol on Jan. 4. His last win came on Dec. 14. 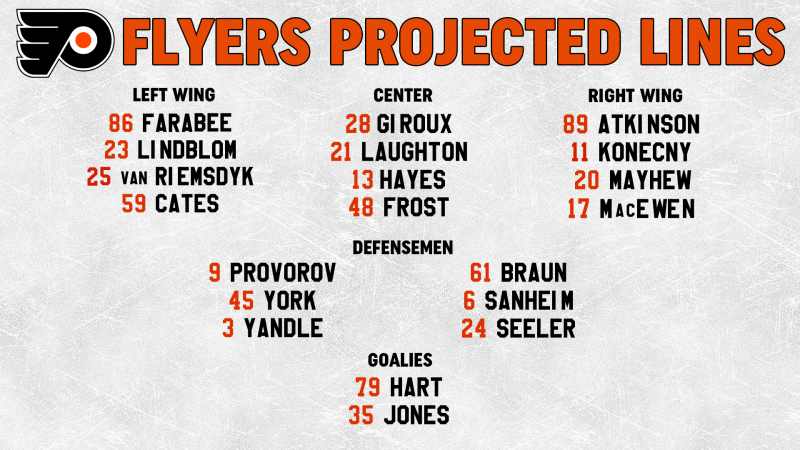 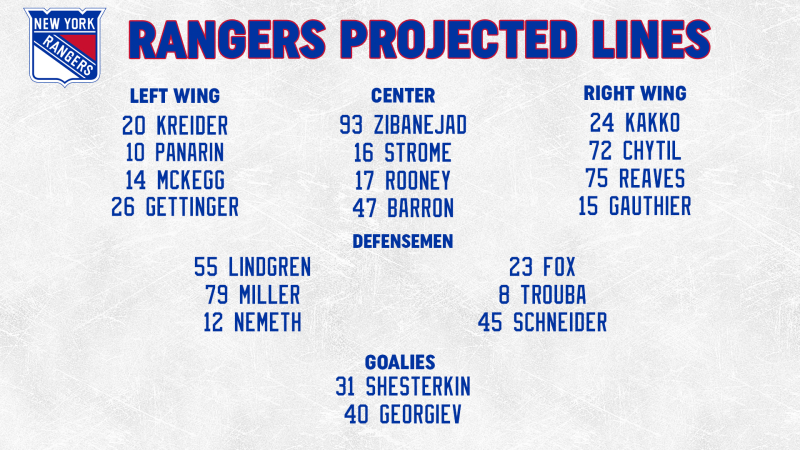