Eagles Flyers Phillies Sixers About Us Write For Us
3 Observations From Sixers' Comeback Victory Over Kings
YWT: The Philadelphia Flyers Podcast - YWT #139 - Who Holds The Keys?

While some Philadelphia Phillies fans focused on part of the 2021 Fall Classic, they either ignored or didn't consider the obstacles a hot team overcomes to win it all. In doing so, negative emotions blinded some locals to those unmentioned factors. An open wound, no?

If you only view half a picture, would the other 50 percent give you the opportunity to rethink your belief? Well, it depends on how open-minded you are because being wrong can sting. Me: I’d rather have the insight coming from information unclouded by the emotional crutch of instant assumption.

“When I would go to the barrio, people saw me as a rich person, but when I'm around rich people, they see me as someone from the ghetto. It's all perceptions.” - J Balvin

For the Phillies faithful, September hasn’t been a pleasant month, and last October was even worse because of their rival’s unforeseen celebration. Yes, the more impossible the outcome is; the harder the mind can make sense of it. But time and a fresh start can rehabilitate the Philadelphia fan base.

If a dominant rotation was the biggest requirement for the World Series trophy, the 2011 Phillies with four aces plus a dynamic offense qualified and had the franchise record of 102 triumphs. But the St. Louis Cardinals were the hot club beginning with the National League Wild Card, and they won the championship.

(age during the season)

In 2008, the five-man staff included a young Hamels, Myers, Moyer, Kendrick, Eaton for 19 starts, and Blanton for 13 outings. Moreover, while Hamels was the ace, Moyer had the best season of his final eight, but their rotation had ups and downs.

If this group with Blanton –not Eaton– would be the 2022 squad, how many locals in April would believe they’d even earn the second wild card? No, many fans would feel these five would have no shot without two or three new starters. But though this staff was victorious in ‘08, those pitching stats today aren’t acceptable to some.

For ‘21, I’ve only heard one conclusion locally –there were no other reasons since– why the Atlanta Braves had won the MLB crown. They acquired the four outfielders the red pinstripes failed to. Roughly, they plugged the hole of injured star Ronald Acuna Jr. and/or would have added them even if he was 100 percent.

If those four were the championship difference-makers, should Atlanta re-sign them even with outfielders Acuna and possibly Marcell Ozuna returning? Braves fans, probably, believe those two powerful bats and a re-upped Freddie Freeman will be an unstoppable offense without all or most of those four.

While Jorge Soler, Joc Pederson and Eddie Rosario are free agents, they had no reported negotiations with the Atlanta organization before the lockout. But Adam Duvall rejected his $5 million mutual option for a $3 million buyout and is eligible for an estimated $9.1 million via arbitration.

Before the playoffs, Bravos supporters had limited confidence in closer Will Smith because he yielded seven second-half home runs during 23 opportunities. Basically, they had felt he would prevent the team from winning the NLDS, but he allowed no runs during his six postseason saves. Only the four outfielders?

Down the stretch, Max Fried, Charlie Morton and Ian Anderson were their only dependable arms, and the others either were inconsistent or openers. But Morton completed just 2 ⅓ innings before a line drive broke his leg and ended his Fall Classic prematurely in game one: two legit starters then for six contests.

Retiring seven batters is good for an opener, but Morton’s results due to a year-finishing injury meant the relief corps needed 20 outs for the first game in Houston. Basically, four of 16 postseason contests relied on the bullpen working ”overtime” including three of the final six battles: but nothing to do with their title, no?

To paraphrase Robin Roberts, we thought we'd be there annually. And if the euphoria influenced the thinking of 1950’s NL pennant winners, writers and fans were no match for it either. Of course, Roberts and his teammates lost to the New York Yankees in the Fall Classic.

Hamels promised the throng during his victory parade speech they were going to win consecutive World Series titles. Unfortunately, he wasn’t anticipating its difficulty, and he wasn’t alone. Many expected more from the 2009 Phillies.

Realistically, the Braves, their fans and writers must feel that 2021 plus Acuna and Ozuna will have an easier road to another championship. To repeat, though, they must again be hot, as the 2011 Phils learned. In fact, just making consecutive Fall Classic appearances isn’t easy either.

After receiving demands on their time during the winter, stars –who win championships, awards and/or have special achievements– are in the unfamiliar territory of saying no to multiple requests. Result: They take those hours from their routine offseason preparation. Yeah, the pandemic creates a similar dynamic.

(age during the first season)

Many MLB fanatics don’t fully realize the connection between preparation and performance. In other fields, it’s rehearsal or practice requiring time. However, this isn’t a new concept and it has a specific name. It’s the rubber-chicken circuit! But how will Braves stars perform in 2022 if they miss some of their winter regimen? 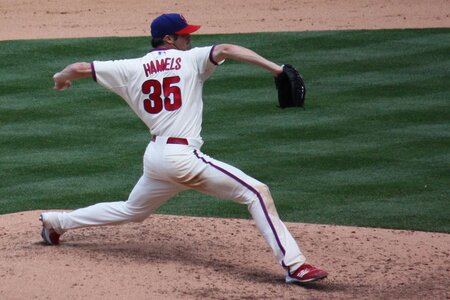