Joel Embiid put together his fourth career triple-double to lead the Philadelphia 76ers to a 103-93 win over the Cleveland Cavaliers on Saturday night at Wells Fargo Center. The MVP candidate finished with 40 points on 11-of-22 shooting from the field (4-of-5 shooting from beyond the arc) to go along with 14 rebounds, 10 assists and three steals.

Cavs All-Star guard Darius Garland finished with 27 points on 11-of-23 shooting from the field.

James Harden received a friendly greeting from Sixers' president of basketball operations Daryl Morey upon touching down in Philadelphia on Saturday afternoon. He and fellow acquisition Paul Millsap were the team's only inactive players against Cleveland.

The win moved the Sixers to 34-22 on the season, just a half game behind both the Cavaliers and Milwaukee Bucks for third place in the Eastern Conference.

The Sixers have two remaining games on the schedule before the All-Star break. Up next is another home matchup on Tuesday night with the rival Boston Celtics in what could potentially be Harden's debut in a Philadelphia uniform. Here are three observations from the win over the Cavaliers:

Another scintillating performance from Embiid

Embiid clicked on all cylinders against Jarrett Allen and whomever else the Cavaliers brought against him. He scored 14 points on 4-of-6 shooting from the field (including a pair of triples in rhythm) and dished out four assists in his opening 10-minute stint in the first quarter.

The Sixers' offense struggled in Friday's win over the Oklahoma City Thunder, but those struggles did not extend into the second half of their back-to-back. The team got off to a quick start, scoring 36 points in the first quarter against the Cavaliers. After missing their first two shots, the team finished out the quarter shooting 14 of 17.

The Cavaliers cut the Sixers' lead to 50-46 early in the second quarter, but Embiid came back out on the floor and continued to dominate, helping quell Cleveland's short-lived run.

The play everyone in Philadelphia will be talking about came in the final two minutes of the first half. Embiid put Allen on a poster with one of the more monstrous dunks around the NBA this season.

Embiid continued his dominant performance throughout the second half, making multiple more highlight-reel plays and helping the Sixers pull away from the Cavs in the fourth quarter. He was knocking down shots from all over the court, whether it was from three-point range or working out of the post. The Cavaliers had no answer for him throughout the night.

Paul Reed received the backup center minutes for the second consecutive game. He took advantage of the available opportunity to earn those minutes after Andre Drummond was sent to Brooklyn as part of the Harden trade. He continued to bring a ton of energy to the floor, finishing with six points, seven rebounds (five on the offensive glass) and three steals in 15 minutes off the bench.

The Thybulle vs. Garland matchup

Darius Garland has played a major role in leading the Cavaliers to being one of the top teams in the Eastern Conference so far this season. He is an exciting player and it was interesting to see him square off against the Sixers' defensive standout, Matisse Thybulle.

Thybulle got the early edge over Garland, snatching two steals in the game's opening minutes on plays like the one below.

Thybulle was also active offensively, scoring a pair of baskets on Embiid passes off nice cuts to the rim. The Sixers have consistently gone to that action for Thybulle, especially when Embiid gets double-teamed in the post, and have found much success on it this season.

Garland, despite Thybulle's good defense, was able to get going midway through the first quarter. He nearly single-handedly kept Cleveland in the game throughout the night, hitting multiple tough shots and being the team's lone source of offense on the perimeter.

Improved guard play all throughout the roster

Tyrese Maxey continued to score efficiently for the Sixers, putting together another solid performance. He scored 16 points on 6-of-12 shooting, but he did not play much of a role as a passer due to the offense running entirely out of the red-hot Embiid.

This performance could be a preview of how Maxey will be used once Harden steps onto the court for Philadelphia. Harden will be stepping into the point guard duties, pushing Maxey into his more natural off-ball guard role and allowing him to focus more on his abilities as a scorer.

Shake Milton played well against Cleveland, making more strides in his second game back from an 18-game absence due to a back contusion. He shot just 1 of 9 against the Thunder, and he followed up that performance by scoring six points on 3-of-5 shooting from the field. One of the positives from Milton's performance was the ability he flashed as a passer. He did a great job setting up shots for the second unit, finishing with five assists.

Furkan Korkmaz also showed some flashes tonight, scoring nine points and highlighting his improved ability to finish around the basket.

Between the addition of Harden and Milton returning from the injured list, the Sixers options at point guard are beginning to open up. Head coach Doc Rivers should be able to be much more creative with how he manages the rotation compared to the past month or so where Maxey was the only true point guard he had on the roster. 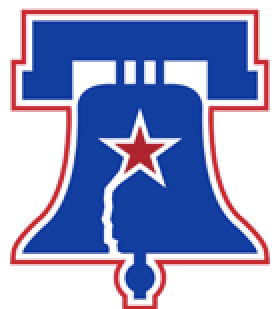