Eagles Flyers Phillies Sixers About Us Write For Us
Previous month:
January 2022
Next month:
March 2022

Negotiations between MLB owners and the Players Association are going so poorly that one of baseball’s biggest stars is teasing going to the “Land of the Rising Sun” to get his hacks in. 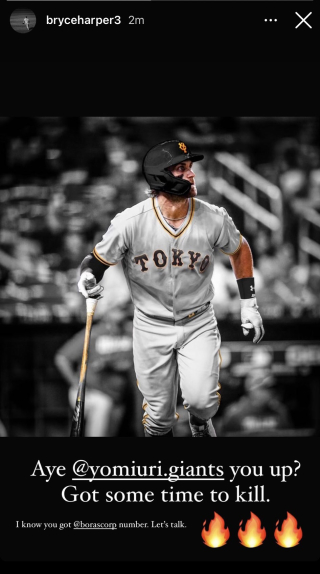 Harper is joking (hopefully) on his Instagram story, but it lends credence to the talk that baseball’s regular season is not likely to start on time after a disastrous day of negotiations between both sides.

One of the pleasant surprises of the past two games, the first of James Harden's career with the Philadelphia 76ers, has been how well Tyrese Maxey has adjusted to playing with Harden on the floor.

Maxey was playing point guard before the Harden trade, and now he is back to playing his more natural off-ball role. This move has allowed him to focus more on his scoring ability whether it be in the half-court offense or by quickly getting out in transition.

"He’s back home when you think about," head coach Doc Rivers said after the win over the Knicks. "He’s actually playing the position now that he’s played his whole life, so, in some ways, he’s very comfortable playing the way he’s playing."

He has meshed well with Harden, especially in transition where Harden's vision combines well with Maxey's quickness getting up and down the floor. Maxey, in the two games with Harden, is shooting 9-of-12 on shots with between 22 and 18 seconds left on the shot clock (NBA.com defines that as being very early in the shot clock).

The guys are back and the Flyers played three more games this week, extending their losing streak to six games before defeating the Washington Capitals.

The guys look at the return of several players to the Flyers lineup, the potential for players to increase trade value in the coming weeks, and take a look around the league. Join Kyle Collington and Kevin Durso as they break it all down.

3 Observations, Including Dissecting the Successful Harden-Embiid Pick-and-Roll, From Sixers' Win Over Knicks

James Harden continued to ingratiate himself to the Philadelphia 76ers, recording a triple-double in his second game with the team.

He finished with 29 points, 10 rebounds and 16 assists en route to helping lead the Sixers to a 125-109 win over the rival New York Knicks at Madison Square Garden.

Joel Embiid led the team with 37 points. The Sixers forced 18 turnovers from the Knicks, and Harden came away with an impressive five steals in addition to his triple-double.

The win moved the Sixers to 37-23 on the season. They next take on the Knicks, but this time in Philadelphia on Wednesday night. The Wells Fargo Center will surely be packed as Harden is set to make his home debut for the Sixers. Here are three observations from the team's win over the Knicks on Sunday:

Flyers Hang On to Snap Losing Streak with Win Over Capitals

The Flyers were rapidly approaching another streak of historical proportions, though they were finding ways to lose games where they were in position to get the win. On Saturday afternoon, they finally got it done to end up on the right side of the result.

The Flyers held off a late surge by the Capitals to secure a 2-1 win, ending their losing streak at six games.

For many games on this current streak, the Flyers have been in close games and either found a way to surrender a lead late or come up just short. It happened twice in short order to start the week, bringing their current winless streak to six games.

Just last Thursday, the Flyers had a 3-2 lead with under four minutes to play against the Washington Capitals, only to have it slip away in the final minutes of a 5-3 loss. The two teams meet again on Saturday afternoon.

Things could not have gone much better in James Harden's debut with the Philadelphia 76ers. He scored an efficient 27 points, grabbed eight rebounds and dished out 12 assists.

The Sixers handily defeated the Minnesota Timberwolves 133-102 on the road at the Target Center in Minnesota. The win moved them to 36-23 on the season and an Eastern Conference-best 20-10 on the road.

Joel Embiid led the Sixers 34 points on 10-of-18 shooting from the field to go with 10 rebounds and three assists.

The Sixers offense looked great in the debut of the Embiid-Harden era, scoring 133 points while shooting 51.2 percent from the field and 48.7 percent from beyond the arc. The team let loose from three-point range, launching 39 attempts.

The Sixers next take on the New York Knicks on Sunday at 1 p.m. at Madison Square Garden. Here are three observations from the win over the Timberwolves: 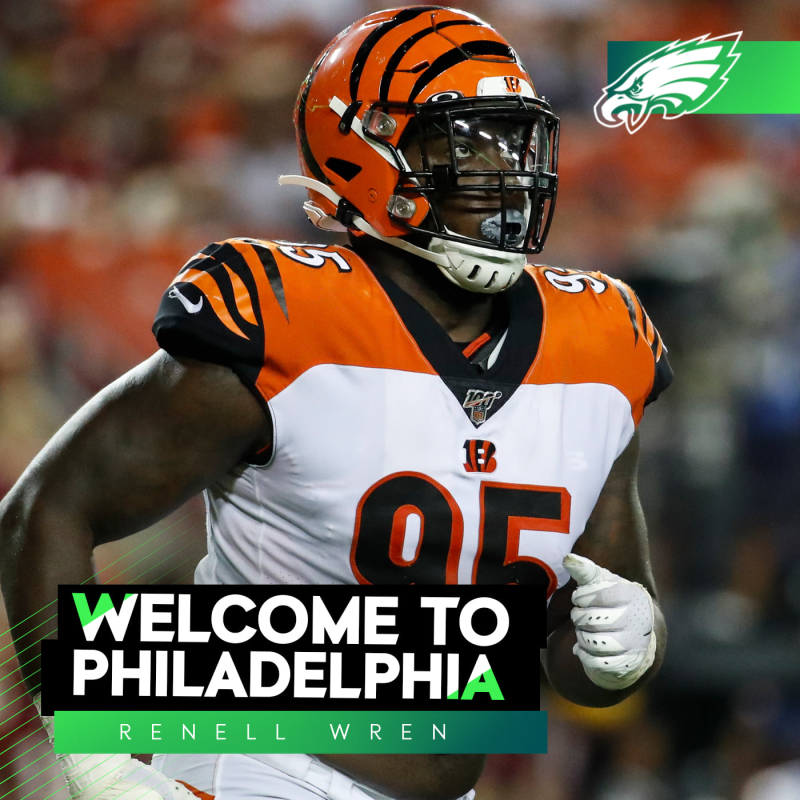 On Friday, the Eagles made a move to add some depth to the trenches.

The team announced the signing of Renell Wren, a 2019 fourth-round pick of the Cincinnati Bengals who was with their practice squad through their Super Bowl run, which made him unavailable to the Eagles until recently. 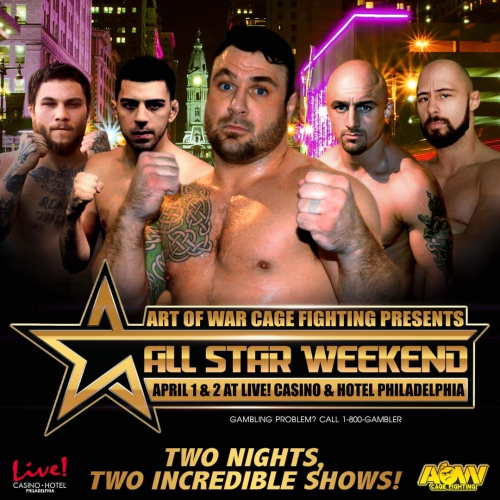 The Philadelphia mixed martial arts scene has been on fire as of late and Art of War Cagefighting (AOWCF) is an integral part of the reason.  AOWCF, owned and operated by Philadelphia native Mike Bickings, has been running events in the Northeast since April 2017 and was the early home to UFC veterans Andre Petroski, Chris Daukaus, and Kyle Daukaus.

The promotion recently announced 2-night extravaganza taking place at the brand new Live! casino and hotel in South Philly. All Star Weekend 3, the company’s largest show to date, is set to feature undefeated heavyweight Patrick “The Brick” Brady, a prospect that the UFC has eyes on.