The road losing streak came to an end after 13 games, as the Flyers claimed a win in St. Louis on Thursday night. The trip continues one night later, as the Flyers spend Friday night taking on the Colorado Avalanche, the NHL's top team, in the third game of the five-game road trip. 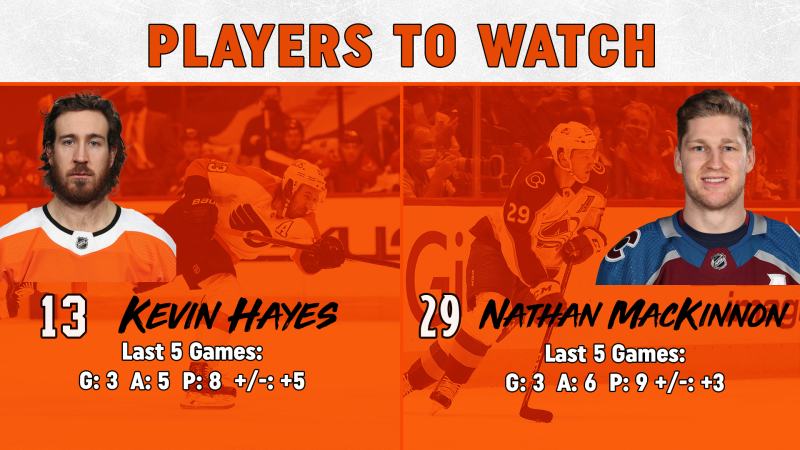 Kevin Hayes has been on a roll since returning to the lineup on March 5. Showing signs he is at his healthiest all season, Hayes has four goals and seven assists for 11 points in the last 10 games. Hayes is also on a streak of three straight multi-point games.
Nathan MacKinnon continues to light it up of late. MacKinnon is on a five-game points streak with three goals and six assists in that time. In his last 18 games since a return to the lineup on Feb. 13 after a two-week absence, he has 13 goals and 13 assists for 26 points. 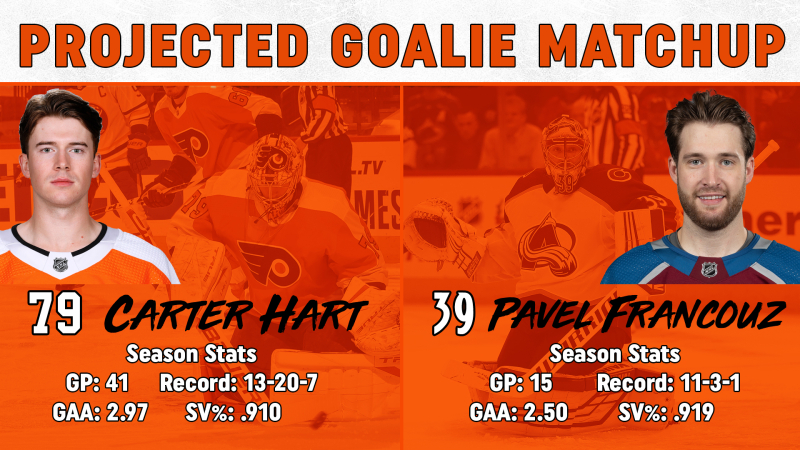 Carter Hart gets the start for the Flyers. Hart made 25 saves on 29 shots in the Flyers 6-3 loss to the Red Wings on Tuesday in his last start. Hart had won back-to-back starts entering that game.

Pavel Francouz gets the start for the Avalanche. Francouz makes his first start since March 18, a win over San Jose where he allowed three goals on 28 shots. Francouz has made just four starts in March, posting a 2-1-1 record and allowing 10 goals on 115 shots for a .913 save percentage. 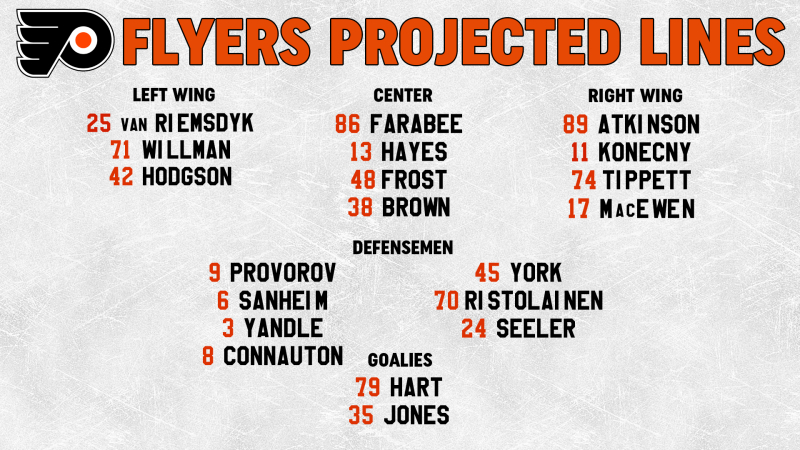 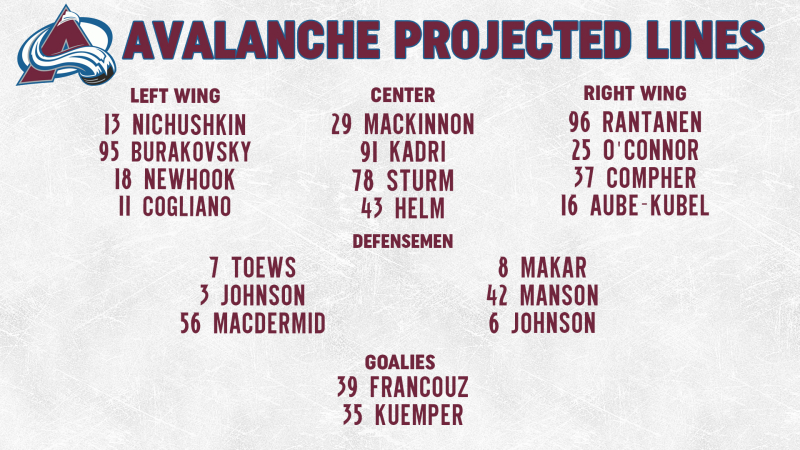