Phillies: Harper and Machado 3 Years on

The Philadelphia Phillies and the San Diego Padres are looking for a 2022 playoff berth, but now Bryce Harper and Manny Machado have accumulated statistics for three seasons. Basically, these fan bases had their hopes raised and dashed last summer. Difference-makers?

Many remember the 1980 Phillies, but their World Series path began in 1975: five campaigns prior. In 2008, though, it was the Fightins’ second postseason, but their Fall Classic route had started with the 2003 squad: five 162s prior. Here, the 2022 red pinstripes journey began in 2018: four unacceptable years, why?

“Time moves in one direction, memory in another.” – William Gibson

Before the 2019 season, the Phils brass pursued Machado and Harper. And even though Machado had been their preference, they signed Harper for $330 million over 13 summers. And the Padres inked Machado for $300 million over 10 campaigns. Fortunately, the Fightins’ second choice was the right one.

After ‘18, the red pinstripes reached their rebuilding’s completion, but the faithful had expected a bigger return for aging stars: well beyond their prime. And third sacker Machado was atop the team’s wishlist offensively and defensively. Eventually, though, Machado’s shortstop preference only led to 22 percent of his 2019 games.

On the infield’s left side, the Phils had shortstops Scott Kingery, JP Crawford and third baseman Maikel Franco. The Pads had Wil Myers defending the hot corner and shortstop Freddy Galvis in his final 162 before free agency. Yes, the Fightins received hurler Enyel De Los Santos for Galvis.

Machado’s 2018 was the better of his two best prior seasons, but playing for a contract or a new organization heightens a star’s focus: better numbers. However, changing leagues is mostly beneficial to pitchers, not hitters. But while the Friars needed a shortstop, the Phillies had Crawford for that role.

For 2018, Harper’s statistics had been secondary to Machado’s, but Harper wasn’t changing leagues. And the red pinstripes had Rhys Hoskins and Franco from the right side and needed a left-handed bat. Moreover, Harper’s leather surprised the media: They forgot his early all-out fielding led to injuries and threatened his future.

In ‘19, Harper, quickly, won over the right field crowd and most fans by displaying his early career glovework, which had led to injured list stints. Finally, the long rebuild had ended, but many had over-the-top expectations crushed in September.

Before accepting $300 million over 10 years from San Diego, Machado faced National League hurlers, and his .315 American League average dropped to .273 and .227 in the playoffs for the Los Angeles Dodgers. Regardless, the Padres still finished last with a 70-92 record after 2018’s 66-96 mark.

During the abbreviated 2020 schedule, Harper produced numbers similar to his 2019 stats, but the Fightins had difficulty at September’s end. Moreover, it was a disruptive summer with its cardboard customers and canned stadium sounds. Many players, unfortunately, didn’t have the adrenaline rush of campaigns past.

Machado had difficulty returning from 60 to 162 contests, and it was only one of many disappointments for the Friars. And although San Diego made numerous pitching transactions from 2020’s trading deadline going forward, they also had many injuries. Despite a solid start, though, they finished at 79-83 for third place.

Harper won the MVP award with his playoff-aspiring summer, but his tank was on empty during September’s final week. Realistically, he can come through when his workload doesn’t have a 102-game increase. For ‘22, he’ll be ready after his regular offseason preparation. Get ready to cheer!

Moreover, Harper wasn’t the only aspirational star, Wheeler, JT Realmuto and Jean Segura were there also. But some could complain about another September meltdown by ignoring the overachieving 2018 club, the coronavirus-affected 2020 summer, and 2021’s squad being in contention until the final week.

Overall, Harper has slightly better numbers than Machado, but the MVP has demonstrated leadership skills and a fan-friendly attitude from day one. And the red pinstripes needed a left-handed bat instead of being right-side heavy. So, their second choice ended up working out for the best.

Since Harper and Machado have joined their present franchise, the Phillies have the better record. But the Padres have many starters who could be difference-makers, while the Fightins have a capable five-man rotation to be in most games. Now, the battle for players and in exhibition contests is here. It’s a hot-grill spring.

NOTE: Many issues are up in the air: visas for foreign players, unvaccinated stars not traveling to Canada and expanded rosters early on. But if or most likely when the Phils have a major pick up, it won’t be within the first few days of this mad scramble. 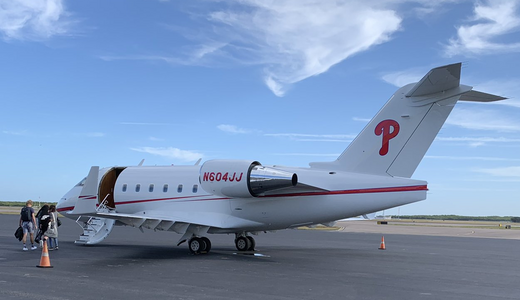