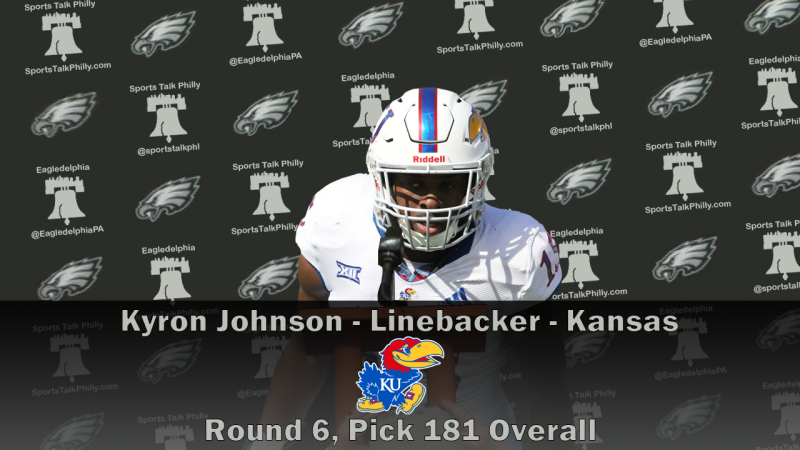 It’s hard to provide any real valuation because it’s unknown where he’ll play. The Eagles announced him at linebacker, his college position.

With Hasson Reddick, Nakobe Dean, Kyzir White, Davion Taylor and TJ Edwards on the roster, however, Johnson would appear unlikely to see much time in this role.

Johnson is a player who plays with great speed (4.4 40-yard time), but is otherwise on the small side for a linebacker or defensive end. This may move him to a safety role, but he was far more effective in the rushing game than he was in coverage.

The four-year starter racked up 191 tackles (22 for loss) and 11.5 sacks in five seasons with the Jayhawks. He also registered eight forced fumbles and five passes defensed. He did not make a single interception.

The Birds, to this point, had failed to address safety, corner, or defensive end depth, so perhaps the hope is that Johnson can bounce between defensive end or safety to provide an extra player in the rotation.

While Jonathan Gannon decides how best to utilize his talents, his speed should be put to use on special teams coverage; that shouldn’t be an issue since the Birds have traditionally kept at least one linebacker who specialized in that aspect of the game.

The Eagles now have one pick remaining in the draft at 198.