Eagles Flyers Phillies Sixers About Us Write For Us
No Bryce Harper, MV3 Out of the Lineup Again
Despite Another All-Defensive Honor, Matisse Thybulle's Future With Sixers is Uncertain

Bryce is Back! Brycer Harper Returns to the Phillies Lineup 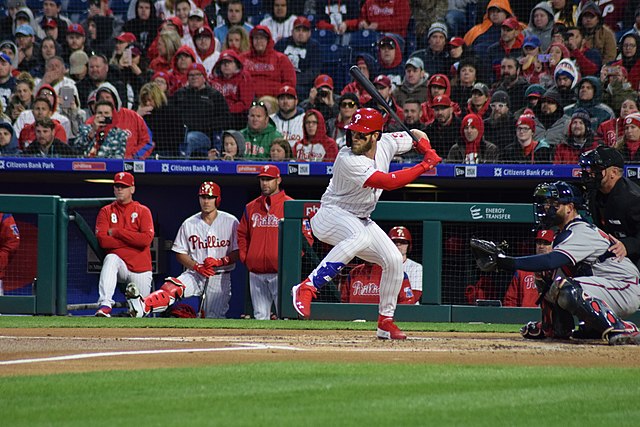 The Philadelphia Phillies lineup is out for tonight’s game against the Los Angeles Dodgers and Bryce Harper’s name is back in the lineup. Harper will bat third  and DH for the Phillies.

Harper received a PRP injection in his injured elbow on Sunday in Los Angeles and was expected to miss two-games but that bled into the Padres series and the first game against LA.

The Phillies offense has gone anemic during the five-game Harperless stretch.  The Phillies are 1-4 since Harper left the lineup.

MV3's return to the lineup a welcome occurance.

Harper hasn't played the field since mid-April due to a slight UCL tear however he's been able to DH for the Phillies.

The reigning NL MVP was starting to heat up at the plate despite the injury.