Eagles Flyers Phillies Sixers About Us Write For Us
Phillies: Baseball Men Like 2022’s Rotation
Let's Talk About Joe Girardi 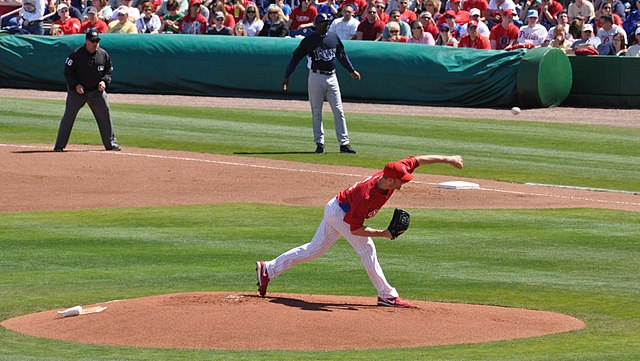 Former Philadelphia Phillies pitcher J.A. Happ has decided to call it a career after 15-seasons in the Big Leagues.  Happ, 39, discussed the decision with Jessica Lindberg on the Heart Strong Podcast.

“It got to the point where it was Opening Day, and I turned the first game on, and I talked to my wife, Morgan, and I said ’What are you feeling?’ She just kind of looked at me and said, ’A little anxiety.’ I wanted to turn it on to see what I felt, too, and I didn’t maybe feel what I needed to feel in order to think I wanted to keep doing this. I felt like that was a sign, like ’OK, it’s time to go.’ Even though I had put the work in to be ready if the right situation came, I felt like it was time to move on and be a dad and dive into the kids. … It was emotional — something I didn’t expect. I called my agent that day, right after we turned that game on, and said, ’I think this is it.’ I told the people I feel like I needed to tell. I think I’m still processing it, but I do wake up feeling good about it, and I’m happy to start the process of being a full-time dad, for the time being, at the very least.”  - J.A. Happ via Heart Strong Podcast (h/t MLB Trade Rumors)

Happ was selected 92nd overall by the Phillies in the 2004 MLB June Amateur Draft after three standout seasons with Northwestern.  He quickly rose through the Phillies farm system, Happ jumped from High-A Clearwater to Triple-A Scranton/Wilkes-Barre during the 2006 season.

Happ made his Major League debut on June 30, 2007 for the Phillies against the rival New York Mets, allowing 5 ER in 4 IP.  He would return to Triple-A for the remainder of the 2007 season and the beginning of the 2008 season.  Happ bounced around the Phillies system in 2008, going from Triple-A to the Majors multiple times but he ultimately landed a spot on the postseason roster.

Happ was traded to Houston on July 29, 2010 along with Anthony Gose and Jonathan Villar in exchange for Roy Oswalt.

Happ finished his career with a 133-100 record, 4.13 ERA, and 1,661 Ks with eight different teams including the Phillies.   He made the 2018 American League All Star team as a member of the New York Yankees.