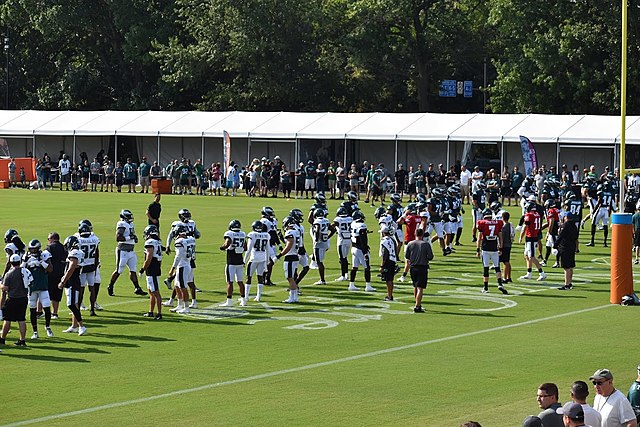 Seriously though, a lot is being made of the Eagles affinity for joint practices and being “joint practice champions” once again.  The NFL has changed and joint practices are more important than preseason games at this juncture.  These practices give coaches a window into the makeup of their team that they no longer get during a ho-hum preseason contest.

I’d bet $1 that the majority of NFL coaches would rather can the preseason game and move towards a full summer of “joint” practices.

The Eagles will also hold joint sessions with the Cleveland Browns the week prior.