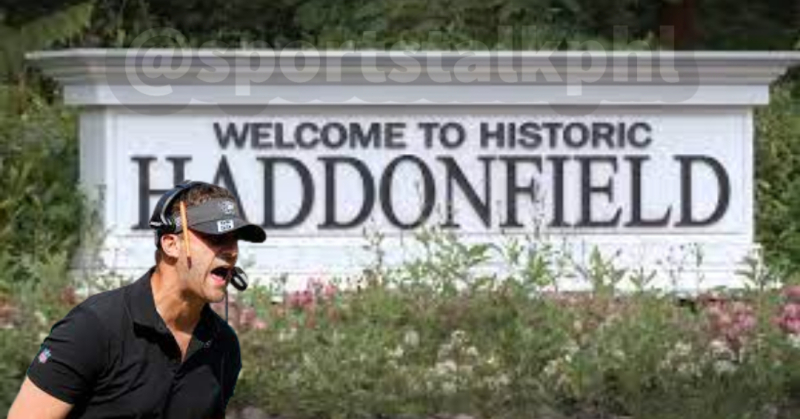 Here’s one hell of a story for a Thursday morning.  A caller to SportsRadio 66 in New York City is claiming that he and Philadelphia Eagles head coach Nick Sirianni nearly got into fracas on the tennis courts of Haddonfield, NJ.

Yup, you read that right!

“Peter from Maple Shade” called into Boomer and Gio, WFAN’s morning show, and laid it all out:

A WFAN caller alleged Thursday he almost threw down with the Eagles head coach while playing tennis at Centennial Park in Haddonfield, New Jersey. Peter from Maple Shade regaled morning show hosts Boomer Esiason and Gregg Giannotti with the tale, saying Sirianni got upset because Peter — a Bronx native — was wearing a Giants cap.

Peter says he was playing on the court adjacent to Sirianni and his wife when the kerfuffle occurred.

“He goes, ‘Hey, I have a problem with what you are wearing,'” the caller said. “And I go, ‘Listen bro, if you have a problem you come over here and do something about it.'”

According to the "Haddonfield United" facebook page, the alleged incident took place at the Centennial courts off of Lakeview Ave.

A few thoughts on this as a resident of a town sandwiched inbetween the two.

First, I completely believe that a “Shader” -as they’re called around here- would go into bougie Haddonfield and be ready to throwdown.  Haddonfield and Maple Shade are the antithesis of eachother. Blue collar versus white collar, like Rocky III Rocky Balboa going up against Clubber Lang.  Most people from Haddonfield have an elitest view that doesn't sit well with the rest of the area.

As a Westsider in Cherry Hill, I would’ve enjoyed. with a Wawa coffee and Chick's deli breakfast sandwich in hand, watching the rumored confrontation just to see how the residents of Haddonfield would react.  Hell, they're probably losing their mind right now.

Second, tennis?  Come on guys, the new fad is pickleball and it’s all the rage in South Jersey.  I would’ve expected someone of Sirianni’s age to partake in the pickleball over tennis.  Plus, the pickleball racket makes for a nice weapon that you throw at your opponents shins.

Now I’m not too sure how I feel about the head football coach of the Philadelphia Eagles allegedly fighting fans of rival teams on the tennis courts of South Jersey. Part of me loves it, it makes him one of us or something like that.  Part of me wishes he would’ve just taken the highroad and smoked the guy in the game and then talked shit. 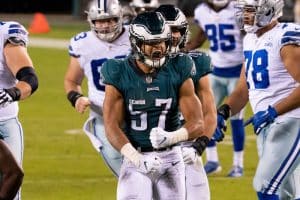 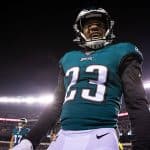