The Philadelphia Eagles (Allegedly) Have a New Wordmark 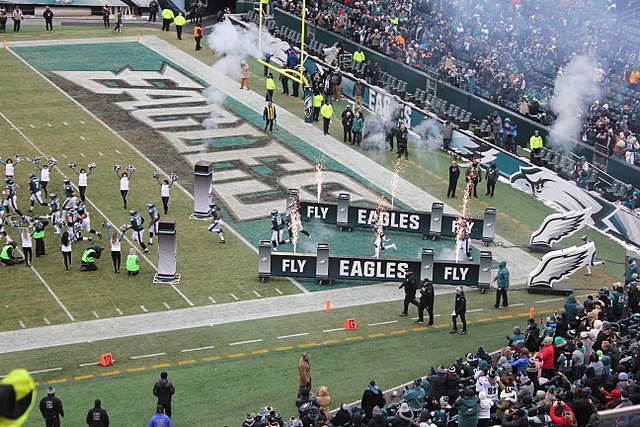 For some reason, boredom perhaps, the Philadelphia Eagles have decided to replace their existing wordmark which has been used since 1996. The “swooping” eagle head will still remain as the primary logo. The new wordmark looks like it was created by an 8-year old was first reported by Pro Football Focus’s Ari Meirov.

The #Eagles have tweaked the wordmark for their logo, going with a more modern look. pic.twitter.com/raqORA9dvm

The Eagles have yet to confirm the change.

This is the first significant change to the Eagles’ identity since Christina Lurie forced Jeffrey Lurie to abandon the Birds’ abandoned Kelly green after the 1995 season.  While the ‘96 wordmark and swooping eagle head has never been a fan favorite, especially with older generations, it has been the visual identity for the franchise’s winningest time in modern history.  The previous wordmark was unique to the franchise and is synonymous with players such as Brian Dawkins, Nick Foles, and Jason Kelce.

The new wordmark, well, not so much.

Here's an extensive look at the new wordmark. What do you think? Time's yours Birds' fans.